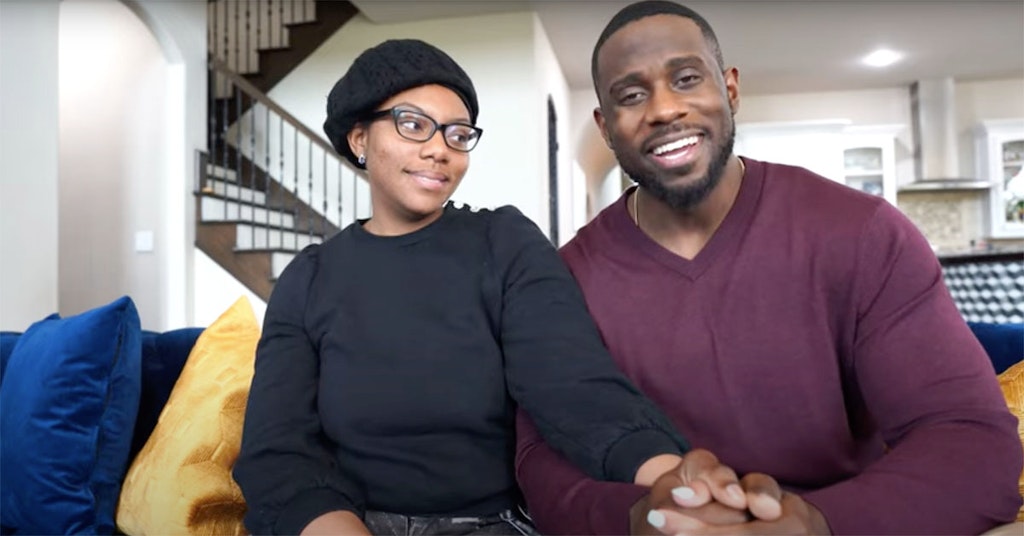 Relationship Guru Derrick Jaxn Busted For Cheating On His Wife

Relationship guru Derrick Jaxn, perhaps previously best known for his YouTube videos, his catchphrase “Black men don’t cheat,” and his book Heal Together Without Hurting Each Other, is now on a trajectory to be best known for cheating on his wife and hastily making a YouTube video explaining his actions.

The story has been unfolding over the last few days, thanks to Candice De Medeiros coming forward with allegations of an affair after some rumblings about Jaxn’s cheating surfacing earlier in the month.

As Essence explained, “Audio of De Medeiros claiming to have gone on a luxe weekend baecation with Jaxn to Miami appeared on the popular Youtube channel of vlogger Tasha K. She alleged Jaxn told her he was separated from his wife, Da’Nai Jackson, and invited her to his home where she said she saw moving boxes that appeared to support his claim. De Medeiros also produced a selfie she said was taken in his bed and several other piece of proof she alleges are from their private correspondence.”

“Jaxn initially claimed that he was separated in response to the rumors, posting a now-deleted video in which he implied that he had not cheated on his wife,” the article went on to say.

“Then the ‘Self Love Ambassador’ issued a video confession with his wife sitting by his side. Jaxn admitted that he was married when the alleged affair took place and implied that De Medeiros was not the only person he may have been involved with when he stepped out on his marriage.”

She added, “Stop giving these relationship ‘gurus’ your time and attention. They be frauds.”

Erin Ryan, speaking more generally but clearly referencing the Jaxn story, wrote, “Here’s some wisdom I haven’t needed in awhile but might be useful to somebody else: Nobody will cheat on you as hard as a ‘relationship expert.'”

She further clarified, “If he professionally gives out sex and dating advice to other men . . . best to avoid.”

The Daily Dot, in its coverage of the affair (and the affairs), observed, “Once the kitchen got hot, Jaxn decided to put himself in a position to guide the narrative, using his poor wife, Da’Naia, as a human shield. In the hastily-put-together video, he explained himself as he clutched his wife’s hand like a vice grip.”

As actor King Keraun observed, seemingly tongue-in-cheek, “You gotta Hold on to your dream as hard as Derrick Jaxn held on to his wife’s hand.”

Though skepticism around the Jaxn couple’s future is high, Da’Naia took to Instagram via The Shade Room to remark, “Only Jesus Christ can save Derrick; he has already done that,” adding, “And now, Derrick is laying in the bed that he made, with the actions that he took.”

Here’s hoping, for their sake, that bed he’s lying in doesn’t have another woman in it.