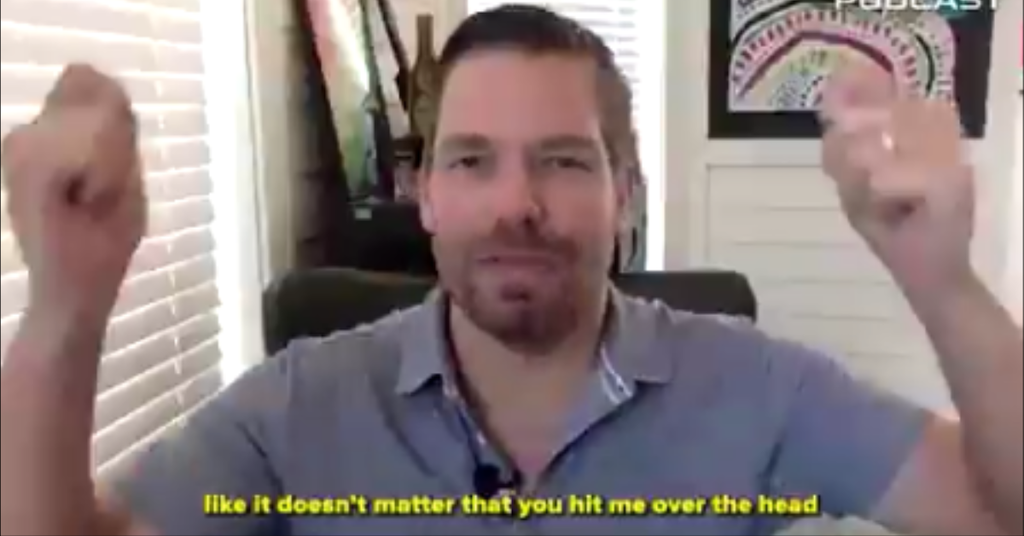 California Democratic Rep. Eric Swalwell recently provided some insight into the disturbing behavior that many “performance” politicians engage in, comparing their aggressive trolling to professional wrestling.

Speaking about Ted Cruz and Matt Gaetz in particular, Swalwell explained on the Meidas Touch podcast that he believes politicians like Cruz and Gaetz often don’t really know what they want and just try and please their fans. That typically means extreme behavior and making inflammatory statements intended to cause outrage for no purpose other than to incite the crowd.

“To be honest, many of my colleagues are better suited to work at the WWE,” Swalwell noted. “And this may sound crazy, but if you ran into Matt Gaetz or Ted Cruz or Jim Jordan at the Santa Monica Pier, you would say ‘these are nice guys.'”

Swalwell said that he has interacted with Cruz on many occasions where the Texas politician has been polite and even congratulatory in private — but in public, Cruz will often harass Swalwell on social media or act like a completely different person.

He also told a story about a colleague who is a ranking member on one of the committees that he has gone out to dinner with before to work out some issues on healthcare.

“He started all of a sudden when it was popular to like tee off on me…I’d see him on Fox News and I’d see him tweeting at me…and then like a day later, we’d pass each other on the Congressional steps…and he’ll be like, “Hey, I’ve got a great restaurant that we need to go to,” Swalwell recollected. “I’m like, what is this?”

“If you’re a pro-wrestler in the ring with a steel chair, it’s all fake, right? You’re just doing what the fans want. So I should just be cool with it because he projects onto me what he does. He thinks that I’m just performing as well,” Swalwell said. “And that’s what’s most sickening is that I don’t even know what these guys believe.”