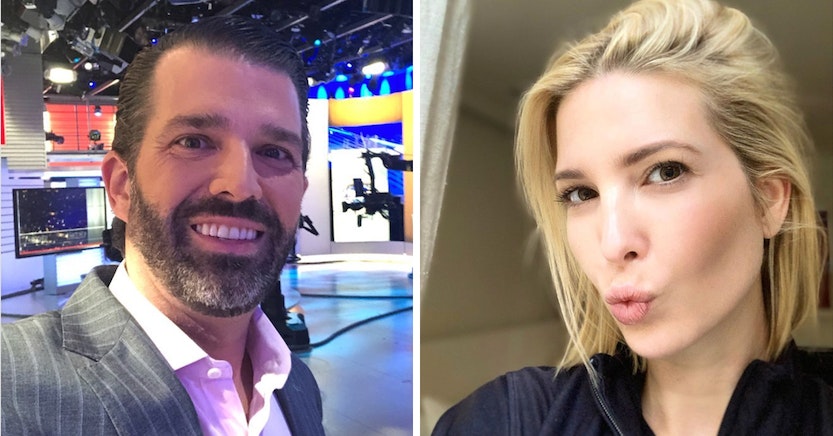 For Democrats, the biggest priority seems to be getting Donald Trump out of the White House. For the Republicans, it seems to be keeping him there, then filling his seat with Trump heir after Trump heir, according to a report from Axios. Republicans seem to be enjoying the tax breaks for the ultra-wealthy, racist immigration policies, and warmongering, and they want a dynastic presidency situation where the Trumps pass the baton through the generations.

The SurveyMonkey poll asked Republicans and those leaning Republican who they’re considering voting for in 2024, assuming Trump wins in 2020 and doesn’t declare himself emperor for life after his second term. The number one choice is Mike Pence, perhaps thanks to Trump’s evangelical base and Pence’s name recognition. Below Pence is Donald Trump Jr., Nikki Haley and then Ivanka Trump. What a crew.

That’s 45 percent of Republicans—a plurality—who would be fine with the presidency staying in the Trump family.

Axios writes that with a poll this early, it’s mostly a measure of name recognition, as can be seen with Pence. But as they point out, it goes to show how strong the Trump “brand” is at the moment, even with impeachment inquiries dragging that name in the dirt.

They do add, “For what it’s worth, the survey was conducted right before Trump was impeached.”

Would people answer differently now that the media is covering how Trump attempted to extort the president of Ukraine in an effort to smear Joe Biden? or would all that coverage boost his ratings? These kinds of polls seem to imply that people just vote for the name they’ve heard the most times, which is pretty depressing. That might also explain why Trump was elected in the first place—he received far more coverage than any other candidate in the 2016 election.

In Ivanka and Trump Jr.’s case, both kids have been establishing their identity as office holders and media-hungry manipulators. Trump Jr.’s book Triggered: How the Left Thrives on Hate and Wants to Silence Us reached number one on the NYT non-fiction bestseller list, and Ivanka is a well-known face in the White House and on TV.

Seeing the U.S. in Trump family hands for the next decade or more is a pretty terrifying vision. They’ll probably put “TRUMP” in big gold letters on the Pentagon.