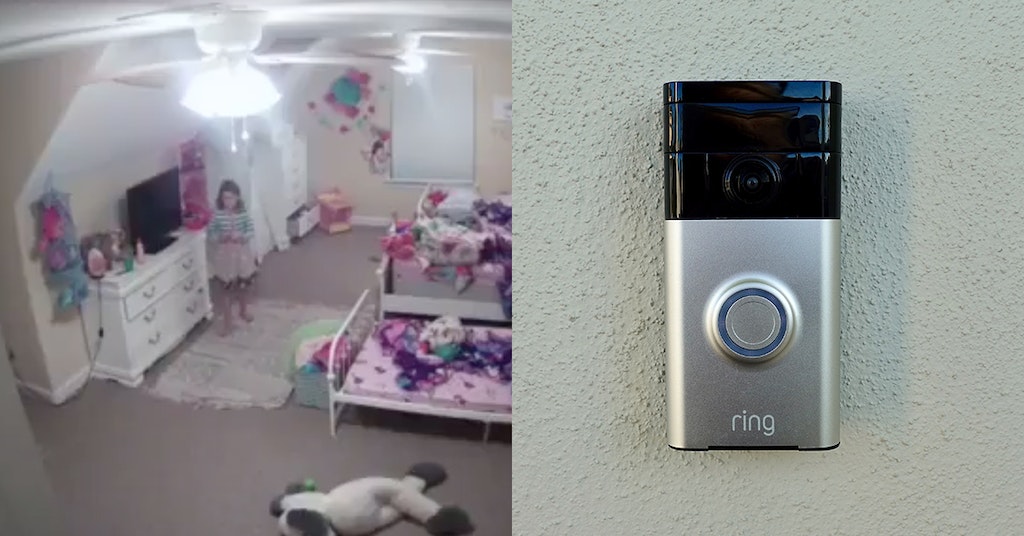 A Hacker Accessed A Family’s Ring Camera, Told Their 8-Year-Old He Was Santa Claus

When eight-year-old Alyssa LeMay saw her family’s Ring camera blinking, she knew someone was watching. And it was blinking inside of her bedroom. But what happened next was even creepier: The hacker played eerie music (the song was Tiptoe Through the Tulips) and sounds, and when she looked up at the blinking camera—which is intended for surveillance and security—a man creepily said, “Hello there.”

This experience immediately freaked her out; she thought the sounds were coming from her toys, so she picked up her toys and put them to her ear.

Each time I've watched this video it's given me chills.

A Desoto County mother shared this Ring video with me. Four days after the camera was installed in her daughters' room she says someone hacked the camera & began talking to her 8-year-old daughter.

A man was watching her through the Ring camera, prompting her to say derogatory words.

The man started yelling at Alyssa, who could barely understand what he was saying (it turns out he was yelling a racial slur at her, saying she should go call her mommy, the n-word, which he scarily prompted her to say as well).

The man said he was her “best friend” when she asked, “Who is that?”

The man also had access to Alyssa’s baby sister’s room, which as downstairs. Alyssa’s mom, Ashley, said that the ordeal was her worst nightmare.

The Ring camera, which was Amazon-owned, has seen multiple hacks scare the crap out of families who thought they were safe.

There was the incident in which someone hacked a Ring camera to call a child a “baboon,” and then there’s the woman whose hacker screamed at her dog to “wake the f*ck up.” Amazon told its Ring customers that the attacks are “preventable,” that they would make them more secure, and that the hackers got the passwords from a non-Ring service.

Apparently, they can be made safer…

….by keeping their software update, turning on two-factor authentication, double-checking if their passwords have been breached, and making sure the cameras are displayed correctly outside the home. No one should share footage from the Ring to social.

The Internet is creeped out, too, and people have opinions.

If you have a Ring camera just know that those aren’t all that secure. They are easy to hack. And with out you knowing some can be monitoring your everyday life. For example this. It’s not safe to install things like these in children’s room. Too many creeps out their. https://t.co/26DCCbhh9M

Wanted to get a ring security doorbell and cameras for the house but knowing people can hack into them is freakin me out. Like why? Why are ppl like this?

According to one Twitter user, it’s the family’s fault. Although it feels a little unfair to blame product weakness on a buyer who may not be tech-savvy.

I really dislike that stories are reported like this #NYTimes. Headline should read “Users who reuse credentials and don’t enable MFA leave themselves exposed on *every service* they use.

Naming products is disingenuous. There was no Ring hack here.https://t.co/SCstRMfNLy

And then there’s this point: Why put a camera in a child’s bedroom?

Two things, NEVER and I repeat NEVER have an online network camera in a child’s bedroom… Two, why out of all cameras for a bedroom would you choose a Ring that is accessible on an app that people could hack no matter what??? PARENTS COME ON. I hope they get the fucker. Smh. https://t.co/MCtZtmBbaJ