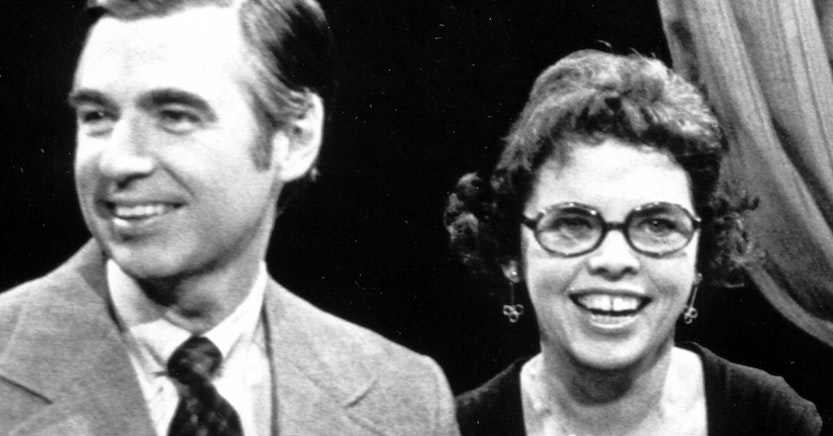 Joanne Rogers, widow of the famed Fred Rogers of the classic kid’s program Mister Rogers’ Neighborhood, had some less-than-neighborly words about Donald Trump after he visited Fred’s hometown of Latrobe, Pennsylvania Thursday for a campaign rally. Though Mr. Rogers avoided talking about politics to protect his children, Mrs. Rogers is now 92 and her kids can take care of themselves.

“I think he’s just a horrible person,” she said about Trump in an interview with the Daily Beast.

When asked why she felt that way, Joanne cited Trump’s lacking a certain value that Mr. Rogers tried to teach us all as kids: honesty.

“I think maybe the fact that Mr. Trump seldom tells the truth,” she said. “If he does, it’s just a fluke, I think. But the fact [is] that I can’t believe anything he says, not even the simplest thing.”

“This man is pathologically ill. Mentally ill,” she added.

In fact, she feels so negatively toward the current president that she said his reelection would cause her some serious grief.

“I will probably go into mourning,” she admitted when asked about the possibility. “I can’t even imagine. I would feel so badly.”

Fred Rogers died of cancer in 2003, but his legacy was recently brought back to life by the biographical film A Beautiful Day in the Neighborhood starring Tom Hank. The movie received critical acclaim and reminded many how Mr. Rogers got us through some tough times with his gentle approach and valuing of kindness and empathy for all.

Joanne Rogers expressed similar sentiments about Trump in a 2019 interview with the Los Angeles Times, saying that she used to be less political before the current president was elected.

“Trump changed it,” she said. “And I want to vote for whoever is going to beat Trump.”

Based on the Daily Beast interview, it sounds like that person will likely be Joe Biden. “I am a very big Biden fan,” she said.

“I think he’s kind. I think we all need somebody like Biden who can give us little pats on the back.”

Many fans of Mr. Rogers seem to appreciate Joanne’s sentiments.