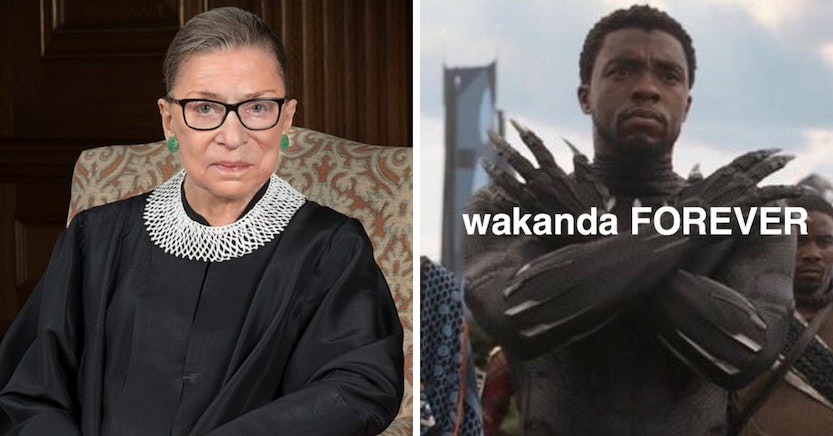 Everyone responds to death differently, but there seems to be a large number of people who respond to serious news by making up a weird lie about their kid.

Why is this such a thing on Twitter? It’s like people think that we will all believe anything a supposedly precocious child says. While there were a lot of bad tweets out there after the death of Ruth Bader Ginsburg, one stood out from all the rest after leaning heavily into this trope.

For all I know, the mom in this story isn’t real either, but she has locked her tweets since she started getting attention, so I’m assuming someone isn’t enjoying being infamous right now.

Tweeting under the handle @alexandralee, she wrote, “Just told my 10yo daughter about #RBG She had tears in her eyes. And then she did the Wakanda pose and said “#Ruthkanda forever” — which is the sort of pop culture cross-over that I can celebrate.”

So many questions. Did her daughter literally say “hashtag Ruthkanda” or just “Ruthkanda,” but her mom wanted to make it a viral moment? If so, she really succeeded, but not in the way she wanted.

There was something about the idea of combing RBG’s death with Chadwick Boseman’s and the fictional character of Black Panther that was so absolutely offensive it became absurd.

A lot of people started mocking the tweet directly, expressing it was the breaking point in the sea of bad news.

But then it became a meme in which people made up all the things their children said or did in response to RBG’s death, focusing on fake the whole story sounded in addition to being mind-bogglingly stupid:

Please, leave your kids out of politics. Let them grow up and decide for themselves if they want to be cringe on the Internet.