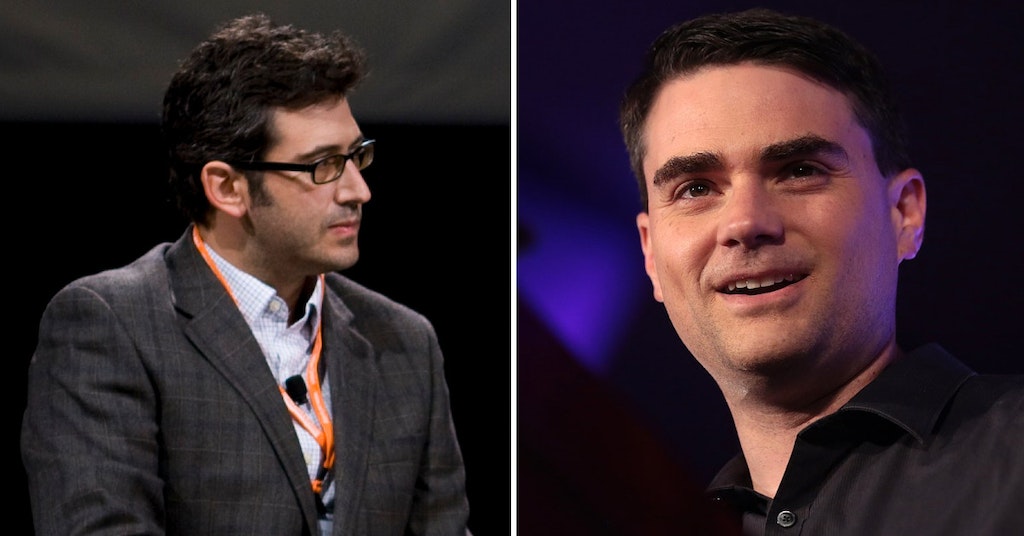 Ben Shapiro, terminally online “facts don’t care about your feelings” guy and editor emeritus for right-wing rag The Daily Wire, has been posturing himself as some kind of hero after the U.S. Supreme Court ruled against the Biden administration on their private-sector vaccine mandate.

In celebrating the ruling, Shapiro admitted that The Daily Wire “put time and money” into fighting to ensure their employees maintained their right to become ill and possibly die or face long-term disability via COVID-19.

Sam Seder, progressive political commentator and host of The Majority Report, took issue with Shapiro’s claim that he and the publication “stood up for our employees” by fighting the mandate in an argument good enough to land on the “Conservatives Getting Owned” Twitter account.

“‘Stood up for employees’ should be read as ‘defended the right of employers to force its workers back to work without even the protection of knowing that those around them tested negative for a deadly virus.'”

You wouldn’t know it by listening to Shapiro, but the mandate that was blocked by the Supreme Court wasn’t a true vaccine mandate, offering exceptions for those who did not want to get vaccinated to instead get tested for COVID regularly in spite of the persistent risk of false negatives. But to many right-wing conservatives like Shapiro, no amount of workplace precautions against a deadly virus should be tolerated if they present any kind of inconvenience or threat to corporate profits.

As usual, Shapiro was entirely dishonest about the mandate, which Seder did not tolerate.

“That is a weird description for opposing an unconstitutional regulation requiring us to fire our employees at the behest of the Biden Occupational Safety and Health Administration,” Shapiro shot back.

To be clear, every administration’s OSHA has long required employers to fire workers who refuse to follow health and safety standards that put lives at risk. Seder used a particularly common and effective example.

Shapiro’s counter-argument was even weirder, claiming that “Covid-19 is a life hazard, not an occupational one.” This is a rather bizarre thing to say in a capitalist system in which people are required to either work for money or starve and the vast majority of jobs still require people to work in person around many other people.

He further claimed that “OSHA can’t regulate that every employee stop eating fatty foods,” forgetting the time that restaurants were totally banned from using trans fats in their food back in 2015.

Seder, however, continued to press Shapiro on the handwashing issue, which is an OSHA requirement due to the various contagions, including viruses, that can pass through human fecal matter and tend to accumulate on toilets that can be carried from the workplace into other people’s lives.

Shapiro did not, in fact, care to address what Seder raised, firing off one last quote tweet in which he managed to support Biden’s vaccine mandate for healthcare workers, then ducking out of the argument in favor of continuing to take credit for the Supreme Court ruling. The Daily Wire is now using this to promote subscriptions to their propaganda rag via the discount code “WINNING.”

To be clear, OSHA did and would have continued to allow the vaccine mandate in all workplaces—it was the conservative Supreme Court with two Trump appointees who did not. Additionally, OSHA has plenty of rules that extend to all workplaces addressing issues that affect all workplaces, as does a dangerous airborne virus that does not distinguish between healthcare workers, food preppers, or anyone else, including Ben Shapiro.