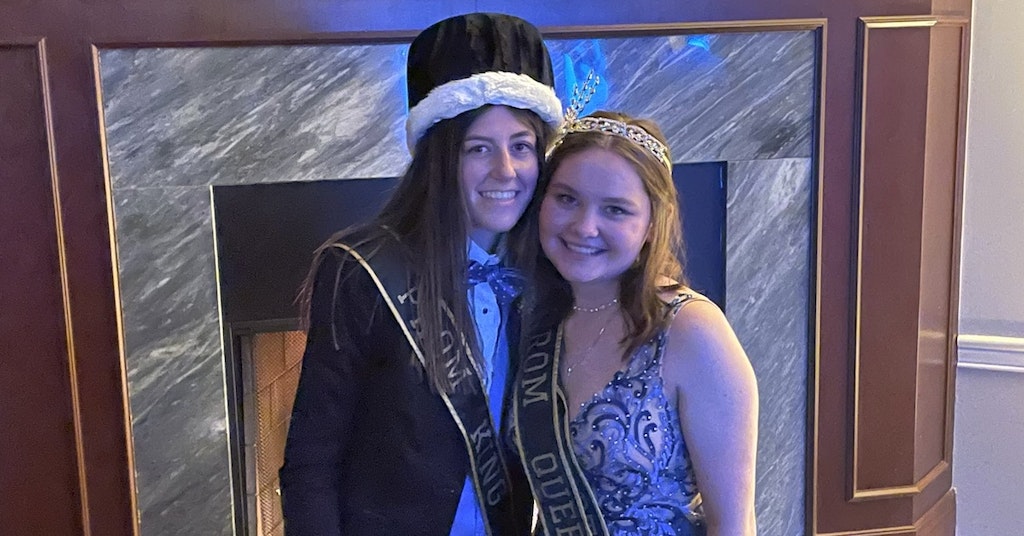 
A same-sex couple elected as prom king and queen is finding themselves dealing with unexpected haters — the adults.

Annie Wise and Riley Loudermilk had been dating for six months when they won the votes of their senior class at Kings High School in Ohio to claim the crowns. It came as a surprise to the girls, who believe that they are the first LGBTQ couple to win in their school district.

“My crown fell off and it broke,” Wise said. “There was a lot going on, but it’s something I’ll never forget. It was amazing.”

Fortunately, the couple has had the support of not only their classmates, but members of the school board — because as it turns out, they’ve needed it.

Parents publicly criticized the win, with statements that sound far too bizarre for adults to be making about teenagers in any context, but especially one so harmless.

“Sorry, but I believe that there are still two genders,” one parent said at a school board meeting. “I think tradition stands for a queen that has a vagina, a king that has a penis and testicles.”

On behalf of the district, Dawn Goulding rebutted that “This is solely a Kings High School senior class nominated and voted-on initiative.”

In other words: adults, worry about your own lives.

While some Ohio parents held up archaic beliefs and put a disturbing focus on genitals, others voiced their support as a way to let Loudermilk, Wise, and any other LGBTQ students watching the response to the vote closely that times really have changed.

“I admire this generation for their thirst of knowledge and understanding, their strength to stand up for what they believe in,” one parent commented.

But the Kings High prom king and queen are ultimately choosing to focus on the positive.

“Most parents are really conservative, but a lot of their kids aren’t conservative at all—they’re very liberal,” Wise said of her town. “And a lot of those conservative people’s kids voted for us, and I just think that’s really cool that kids are learning on their own and not just taking all their information from their parents.”