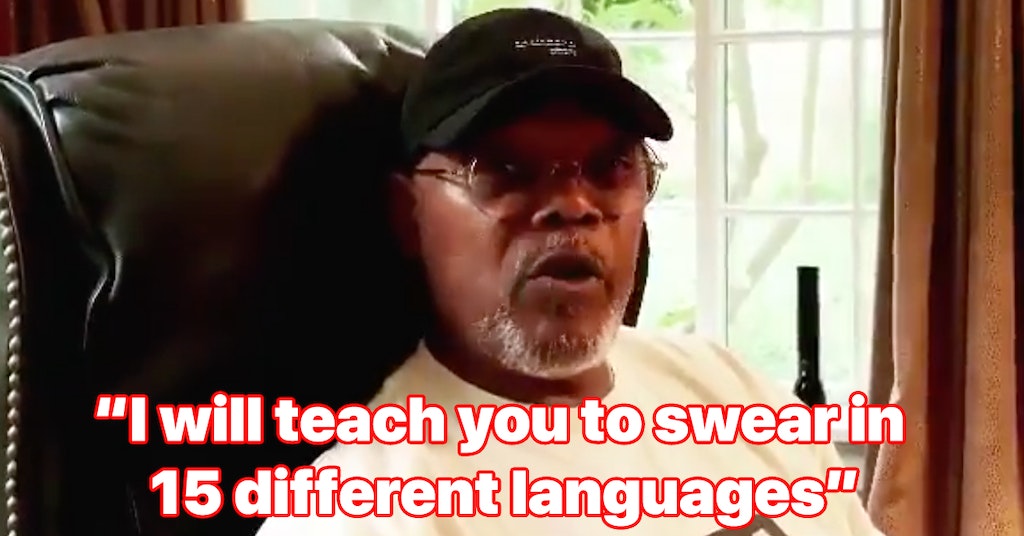 Samuel L. Jackson Will Now Teach You How To Curse In 15 Languages As Part Of Voting Initiative

Samuel L. Jackson really inspires folks to vote. The actor promised that he would teach folks how to curse in 15 different languages if they proved they intended to head to the polls this election season. And people really responded! Only one day later, we have the privilege of Jackson showing us how to prolifically curse with vigor.

In a tweet on September 14th, Jackson said that if 2,500 fans prove they will be voting this year (either by registering, checking their registration status, or making a plan to vote) he would teach them how to curse up a storm. Honestly, who would not want to take advantage of that?

Jackson’s pledge is part of the Good to Vote campaign, a nonprofit project with HeadCount. The entertainers who participate in the initiative promise to offer their fans something special when their followers hit a specific number of registrations.

Jackson is the gold standard when it comes to colorful language. Remember way back in 2012 when he endorsed Barack Obama? He filmed a video telling voters to “Wake the f*** up,” and get to the polls. And they did.

Jackson does not want to see another Trump term. In 2017, he urged people to vote in the Georgia congressional race by recording a radio campaign ad referencing his Avengers character, Nick Fury.

“Remember what happened the last time people stayed home? We got stuck with Trump,” Jackson said in the ad. “We have to channel the great vengeance and fury we have for this administration into votes at the ballot box.”

So, thank you, Samuel L. Jackson. If Trump gets reelected, we will need those fifteen curses—and then some.