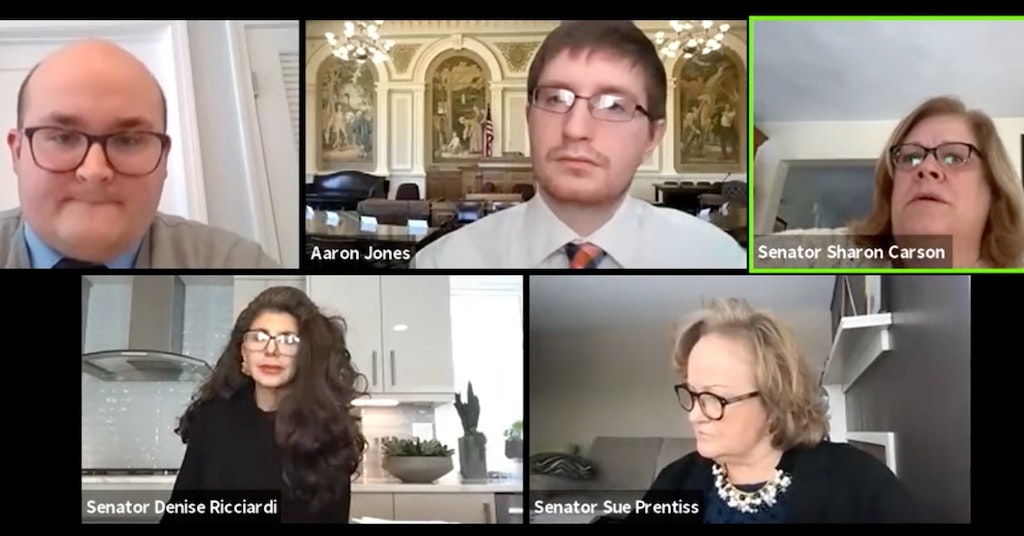 
Zoom meetings have seen their fair share of snafus during pandemic life, but some have less to do with technological mistakes and more to do with people being jerks.

In the latter category, a state senator from New Hampshire apparently failed to realize his every word was audible on Zoom when he called one of his colleagues a b—tch in the middle of a meeting.

John Reagan phoned in to discuss something with Senator Sharon Carson and several others during a meeting that was livestreamed to YouTube. Not long after he was asked to join the conversation, Carson explained that her daughter was hospitalized and her doctor was calling, so the committee would be taking a 10 minute recess.

“Nobody else can do anything? Right,” Reagan complained. “B—tch.”

He later apologized for his “recorded outburst previously” while still in the meeting, and later emailed the Associated Press to claim that it was “an open mic zoom goof.”

Regardless of whether Reagan actually meant to curse at his fellow Republican in front of an audience or not, it’s obvious that his actual use of the word can’t be chalked up to an accident.

Constituents and folks chiming in online weren’t amused with the turn of events.

Carson does not appear to have commented publicly on the incident as of yet.