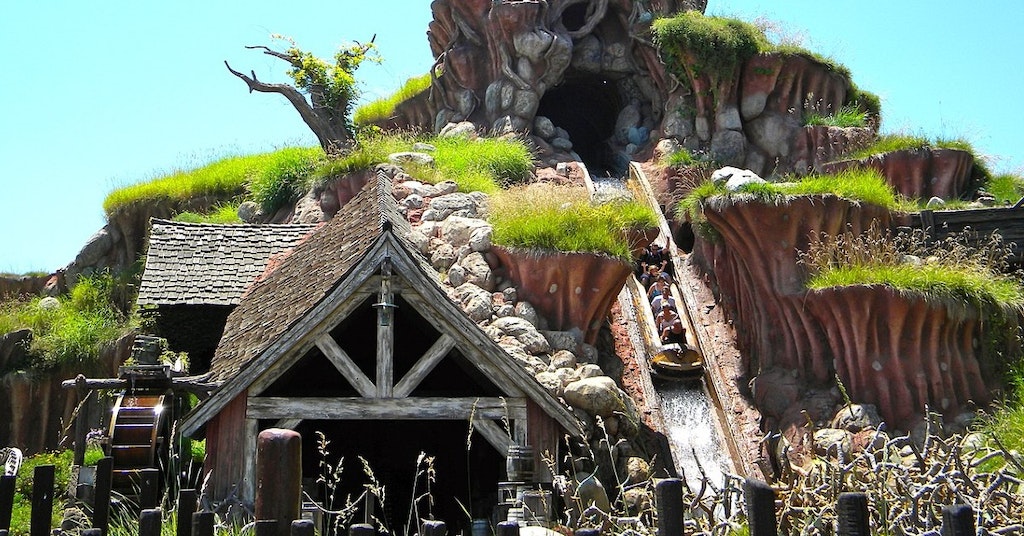 Some right-wingers are currently proving themselves to be incapable of handling any change that is even slightly adjacent to supporting Black lives by freaking out over Disney announcing that they’re re-imagining Splash Mountain under the theme of The Princess and the Frog. This particular film is Disney’s only movie starring a Black princess and will replace the old theme from the 1946 movie Song of the South, which none of today’s children have seen or probably even know about.

We're thrilled to share Splash Mountain at @Disneyland & @WaltDisneyWorld will be completely reimagined with a new story inspired by an all-time favorite @DisneyAnimation film, “The Princess and the Frog.” Learn about what Imagineers have in development: https://t.co/HyKfdDSH3j pic.twitter.com/DV6476KAVX

Song of the South has also been called “one of Hollywood’s most resiliently offensive racist texts” by cultural historian Jason Sperb, so the real controversy should be over why it took Disney so long to do this. The answer might lie in the fact that the company continues to pay little more than lip service to the national Black Lives Matter movement, not even mentioning it in its announcement about Splash Mountain.

“Tiana is a modern, courageous, and empowered woman, who pursues her dreams and never loses sight of what’s really important. It’s a great story with a strong lead character, set against the backdrop of New Orleans and the Louisiana bayou,” the Disney Parks Blog post reads. “In 1966, Walt himself opened New Orleans Square when it became the first new “land” added to Disneyland park, so it feels natural to link the story and the incredible music of “The Princess and the Frog” to our parks.”

Is it so hard just to say three little words?

In spite of this weak gesture, some right-wing dudes still cannot handle it.

buncha dudes in the replies seeing red because disney is changing a childrens ride pic.twitter.com/OIKnNzMRfS

Many of these dudes are claiming that Disney is “caving” to “a loud small group” or whatever, but the ratios on their tweets suggest that the group isn’t so small.

I'm just here to see you get ratio'd by "a small group".

To make this all even more absurd, it turns out that Disney has been planning this change for many months, long before the current Black Lives Matter uprisings began.

Regardless of the motivation, children will probably be glad to see a movie they recognize reflected in the long-beloved Disney Parks ride. It’s also not even close to the first time that Disney has reimagined one of their rides.

“And with this longstanding history of updating attractions and adding new magic, the retheming of Splash Mountain is of particular importance today,” the company explains. “The new concept is inclusive – one that all of our guests can connect with and be inspired by, and it speaks to the diversity of the millions of people who visit our parks each year.”

Everyone else, meanwhile, is excited about the announcement.

The transformation will be led by the Majestic Charita Carter. Animation may have Princesses, but this project will have a true Queen. Bring it. https://t.co/R7Jh66Coum

patf is my FAVORITE DISNEY MOVIE so you KNOW THE POWER I'M FEELING TODAY pic.twitter.com/I74A69rZDD

I couldn't be more thrilled about Princess Tiana's new presence in the Disney Parks. 👸🏾💚🎢 https://t.co/lZVfQwWQMR

People know I'm a Disney parks fan. They may also know that Splash Mountain is my #1 favorite ride at any park.
I love it to pieces.

But it's a ride, not a monument. It can change themes.

And it absolutely should.

all the middle-aged karens and chads are cancelling their annual passes to disney. her power. pic.twitter.com/ERBEXxe0G8

Disneyland might actually become a tolerable place to be for a while. Too bad there’s a pandemic and nobody should be going there anyway.