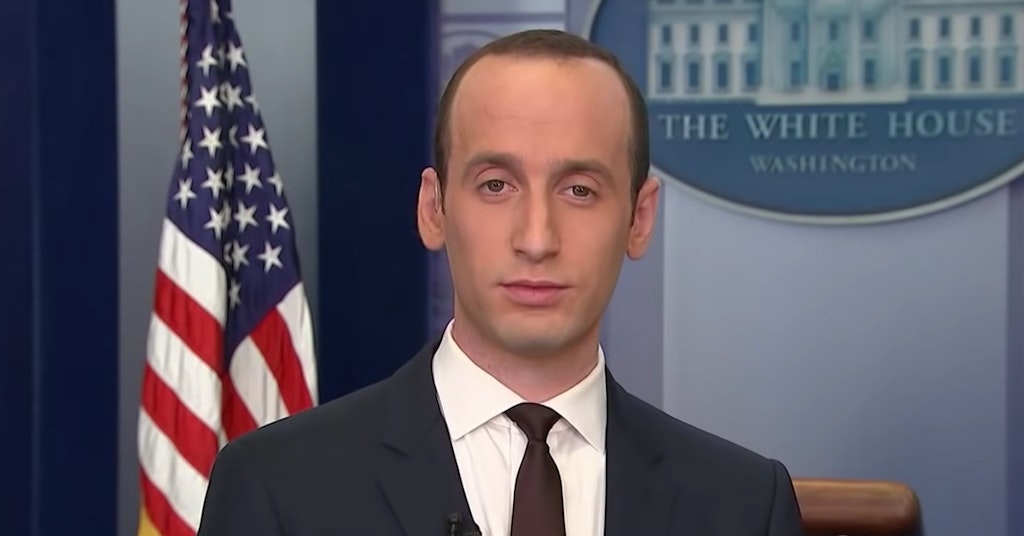 He shared the news on Tuesday, saying that he had been self-isolating and testing negative for five days before the positive test came back. Miller now joins the likes of Kellyanne Conway, Hope Hicks, and Chris Christie, all of whom have tested positive in recent days after it was indicated that Amy Coney Barrett’s Supreme Court Rose Garden nomination ceremony may have been a super-spreader event. It is unclear right away as to whether Miller was at that ceremony or just interacted with Trump for debate prep in the following days.

Miller is undoubtedly one of the most widely criticized and disliked members of Trump’s inner circle. Not only was he heavily involved in crafting the policy that separates children from their parents at the United States-Mexico border, but leaked emails also showed that he regularly promoted white nationalist ideals and articles, often featuring racist conspiracy theories and easily debunked claims.

So while the “thoughts and prayers” directed at other members of Trump’s world who have come down with COVID-19 may have been a mixed bag of genuine well-wishes and nods to karma, the tweets following Miller’s testing positive definitely erred to one side.