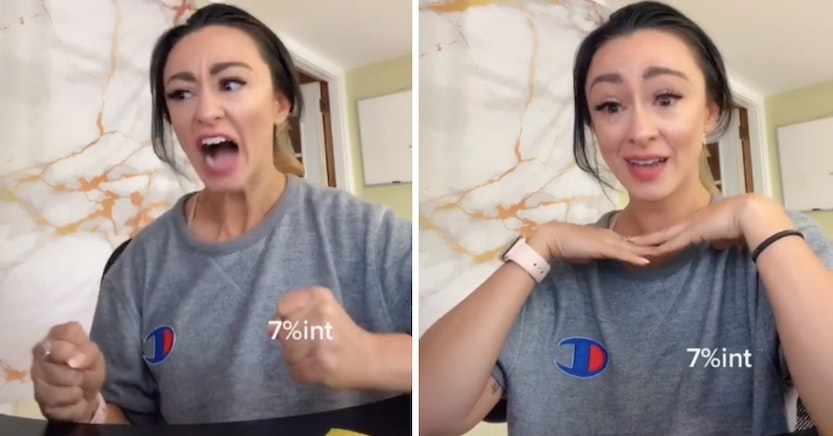 A TikTok user who goes by Holly Polly recently posted a video that went significantly more viral than usual, gaining over three million views as people related hard to her semi-breakdown over her student loan situation. Apparently, Ms. Polly had not looked at her actual balance for some time and only logged into her student loan account in order to get some information she needed.

What she found left her in a state of half-laughing, half-crying that far too many of us have known in the long years after graduating college with substantial debt. You can watch her go through nearly all the stages of grief in one short video.

This may be a little confusing for those lucky enough to not have been burdened with ridiculous amounts of student loan debt, but what she is saying is that she’s been paying consistently for 10 years and her balance has only gone down slightly. This becomes clearer when she states how much she has actually paid into this debt over the past decade.

Unfortunately, particularly for those with higher interest rates, this is not an uncommon experience. Many former college students with large debts are finding that the vast majority of their payments are wiped out by the interest on the loans so that their balance stays nearly the same in spite of having paid back more than the full amount over the years.

Holly’s video has “7%int” imposed over her shirt, suggesting that this is her interest rate. According to NerdWallet, this is only a little bit higher than the average interest rate on student loans, which was 5.8 percent in 2017. To make things worse, this average increases in low-income households to 6.6 percent.

“I think I might be late to the game learning about this,” Holly confesses. “Student loans are really messed up.”

Holly becomes increasingly distressed throughout the video, whispering the next part and possibly crying.

Holly has since set up a GoFundMe campaign for her student loans, noting on her TikTok account that “$1 each view would have PAID these debts.” Unfortunately, she has raised less than $800 so far.

The video has made its way to Twitter, where it reignited old calls for the cancellation of current student debt and for situations like Holly’s to be prevented in the future with anything from lower interest rates to making all public education free.