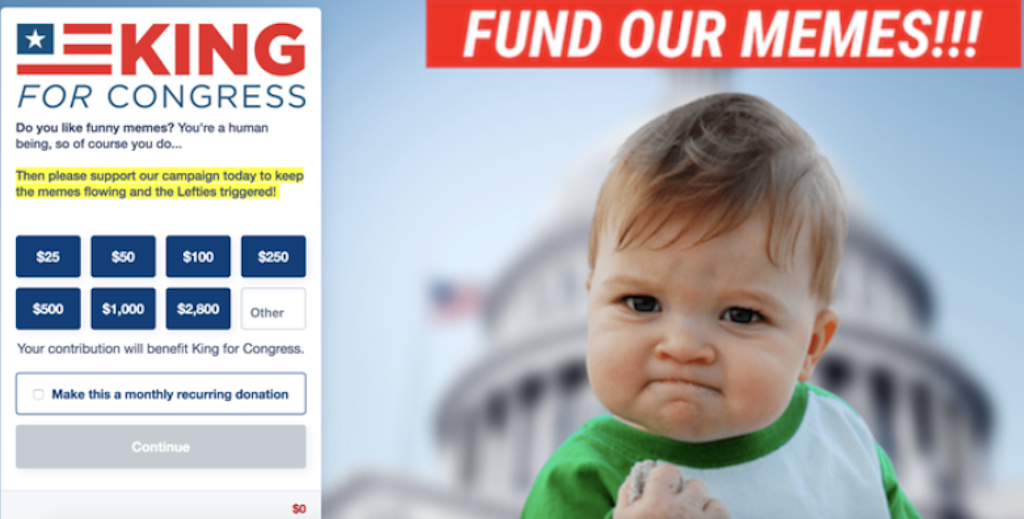 
Let’s make sure we’re on the same page here: U.S. Representative Steve King is not a good dude. The Republican politician has a track record of extremely bigoted and misogynist remarks and white-nationalist beliefs.

Well, Rep. King is up for re-election and thought using a meme would resonate with those hip young voters. Except he used the wrong meme. On WinRed, which is a fundraising platform, Rep. King’s campaign used an image of “Success Kid” alongside the headline “FUND OUR MEMES.”

Success Kid’s mom saw the campaign ad and was not happy with her son representing Rep. King’s beliefs. 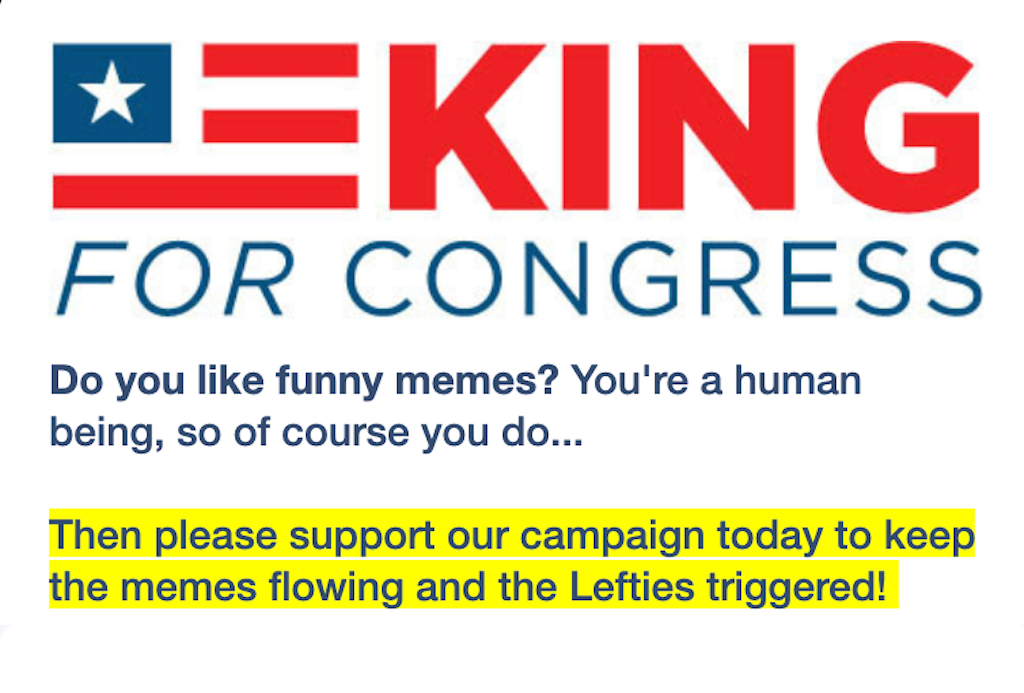 In a Twitter thread, Laney Griner explained that neither she nor her son has any affiliation with Rep. King.

1/5 I recently learned that Iowa Representative Steve King is using my copyrighted photograph of my minor son Samuel known as “Success Kid” to raise money in a “Fund our Memes” online campaign, also implying that he has some kind of ownership in it.

She said “Success Kid” is about positivity.

She also made clear she does not endorse Rep. King and strongly disagrees with his views.

4/5 was taken without our permission and endorsement, and refund the money his campaign received from misusing ‘Success Kid”.

And directed any questions regarding the situation to her legal counsel.

In a letting to King, Griner’s attorney’s wrote:

“Our client has a long-established history of licensing ‘Success Kid’ to legitimate advertisers,” Griner’s attorneys wrote in the letter to King. “Unlike you and your campaign, they followed the law, gave our client the opportunity to approve or disapprove of their uses, bargained for licenses, and paid for the rights they legitimately acquired.”