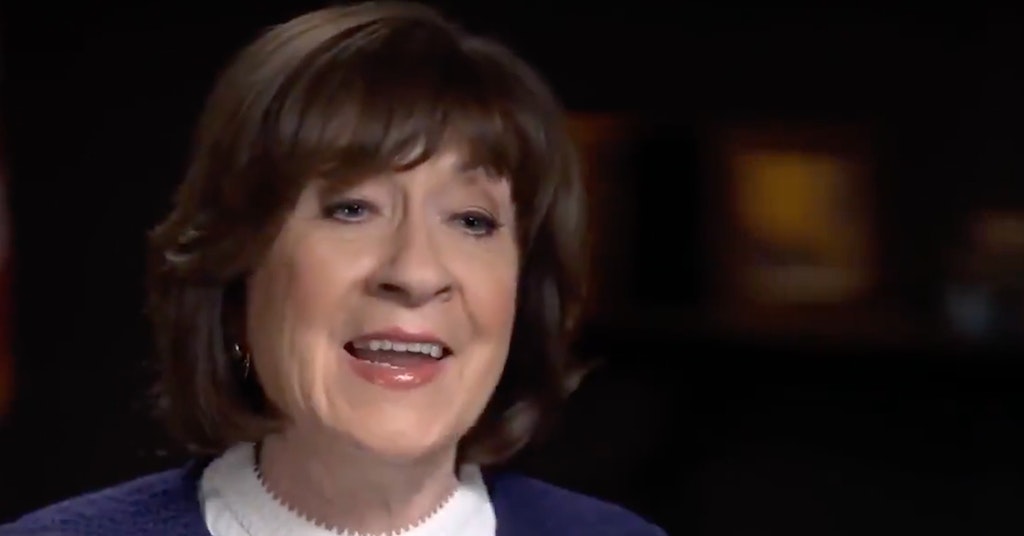 The past few days have made it obvious that politicians can’t abide by even the slightest suggestion of invasion of privacy when it comes to their personal lives, even when they aren’t doing anything to protect the privacy of millions of Americans. Now, Senator Susan Collins has taken that even further by reportedly calling the police over a chalk message aimed at her and asking her to do her job.

“Susie, please… Mainers want WHPA — vote yes, clean up your mess,” read a message written on the sidewalk near her Maine home. WHPA refers to the Women’s Health Protection Act, which would make abortion legal nationwide, regardless of what happens with Roe v. Wade.

Apparently, seeing a chalk message was so upsetting to the senator that she herself called the Bangor police to report it. Of course, there was no threat, and no crime committed, and public resources were therefore wasted on something that another citizen likely would have been laughed at or reprimanded for reporting. Instead, the public works department came out to clean up the sidewalk for her.

Collins, a Republican who theoretically isn’t as far rightwing as many of her current colleagues and claims to be pro-abortion rights, previously voted against the WHPA. Another version of the bill will be up for consideration soon, but it is expected to fail, and Collins is among those expected to vote against it.

All the handwringing currently happening regarding non-violent protests — and now, chalk messages — outside of the homes of politicians who are either actively working to dismantle the rights of vulnerable people in the United States, or who refuse to stand in the way of those doing so, has been downright laughable to many. And Collins upping the ante by calling the cops over something so inane has only added to the gross absurdity of this whole situation.

If politicians don’t want polite chalk messages written outside of their homes, perhaps they should try simply listening to their constituents rather than acting on their own whims. It’s a crazy thought, but it just might work.