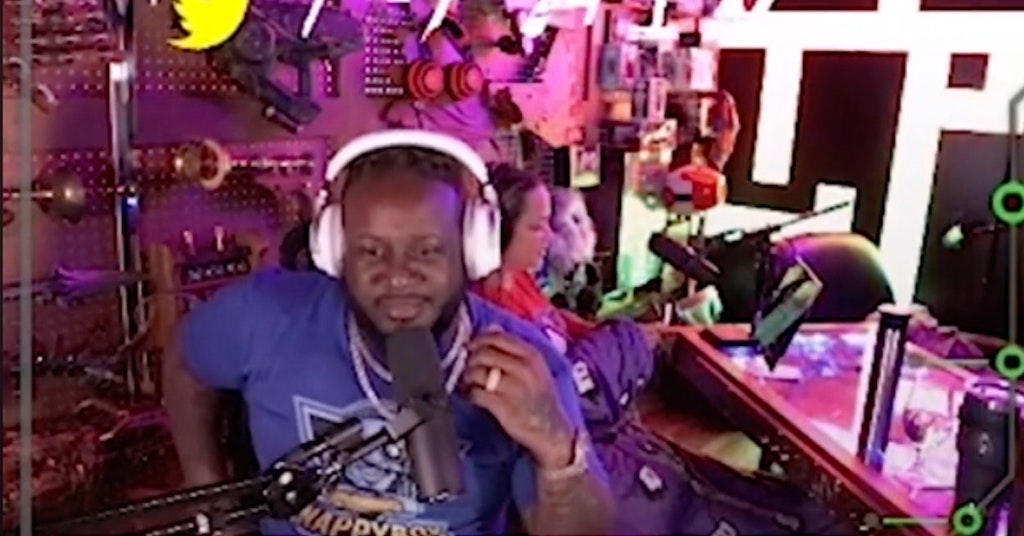 
T-Pain may not be paying attention to celebrities sliding into his DMs, but he’s got more than enough time to deal with racist Call of Duty players.

Shortly before the rapper started trending for his Instagram faux pas last week, he released a TikTok showing him playing the popular first-person shooter game—complete with someone on the other team calling out the N-word over and over again and saying “f—k Black Lives Matter.”

Obviously not at all down with having racial slurs hurled at him by some jerks in a video game, T-Pain immediately decides to take his revenge in the game itself.

“I want every single f—king one of them,” he says, in the midst of a bloody rampage against the other team.

And one by one, T-Pain takes them out.

Eventually, “VICTORY” flashes across his screen after he’s killed off everyone on the team that tried to insult him.

The video went viral as everyone congratulated T-Pain for taking out a bunch of racists — virtually, of course.

“You b—ch-slapped the mullet off that redneck,” one Reddit user commented.

T-Pain is obviously going to be super busy dealing with all those years of DMs he just uncovered, but when he makes more time for Call of Duty, racist jerks better steer clear.