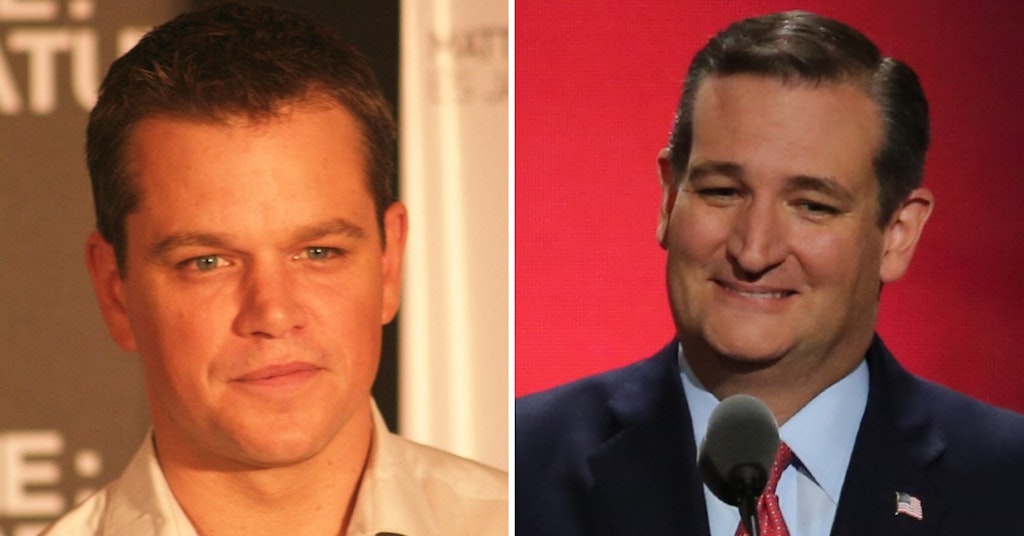 
We regret to inform you that Senator Ted Cruz is tweeting again. This time, he quote-tweeted a post that was critical of a new recruitment ad for the CIA which Ph.D. candidate Aisha Ahmad criticized for co-opting inclusive language to encourage people to join an agency that only exists to maintain and strengthen existing power structures (and doing a lot of messed up stuff to make that happen).

Instead of adding anything useful to the conversation, Cruz brought up fictional CIA agent Jason Bourne.

Despite the fact that the video in question is a recruitment ad and not an attempt at global intimidation, Cruz thinks that handsome white guys with psychogenic amnesia and severe PTSD should be the only model for a CIA agent, no matter how much the CIA tries to kill him.

Jason Bourne of The Bourne Identity and its sequels tells the fictional story of an ex-CIA agent who illegally assassinated people after being mentally programmed under torture by the agency and left for dead. Upon waking up with no memory of his past life but all the skills taught to him by the CIA, he’s discovered and the agency spends the rest of the movie trying to kill him.

It’s not exactly good advertising for the CIA, no matter how tough Matt Damon might make Jason Bourne appear.

Considering this, Cruz’s critics have more than a few questions for him. Many are wondering if Cruz is even aware that Bourne is fictional and therefore not an actual agent for the CIA. Others have brought up the fact that the man Cruz supported for president for four years seemed less like he was trying to scare Kim Jong Un and more like he had found a new best friend.