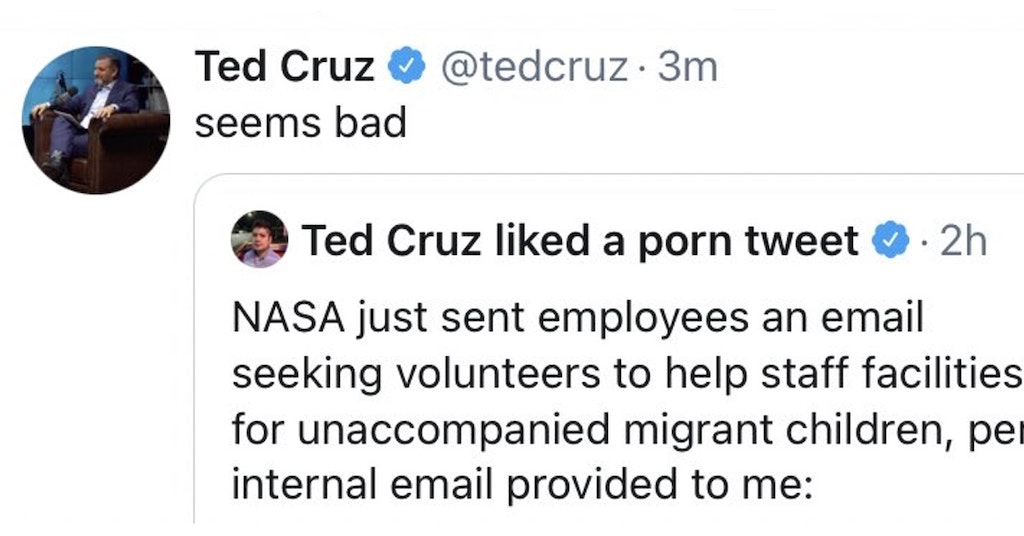 The reporter has become known for pulling casual Twitter-oriented pranks on public figures he doesn’t care for, and it was only a matter of time before Ted Cruz got caught up in the game.

On Tuesday, Klippenstein shared an email from NASA looking for volunteers among its employees to “help staff facilities for unaccompanied migrant children.”

After several years of Americans shouting that something needs to be done about the conditions at the border, Cruz has finally taken an interest in it now that he believes he can place the blame squarely on President Joe Biden and use the situation to his own political advantage.

So it isn’t a surprise that the heavily disliked Texas senator eventually shared Klippenstein’s post on his own timeline, alongside the comment “seems bad.”

Cruz eventually realized that Klippenstein was using him to remind his followers about the awkward moment in Twitter history and deleted his “seems bad” tweet entirely, but not before everyone had a good laugh about it at his expense.

This is hardly the first time Klippenstein has pulled this kind of trick and it certainly won’t be the last — just like it won’t be the last time Cruz looks like a total dummy on Twitter, although he usually manages to do that just fine without any outside help.