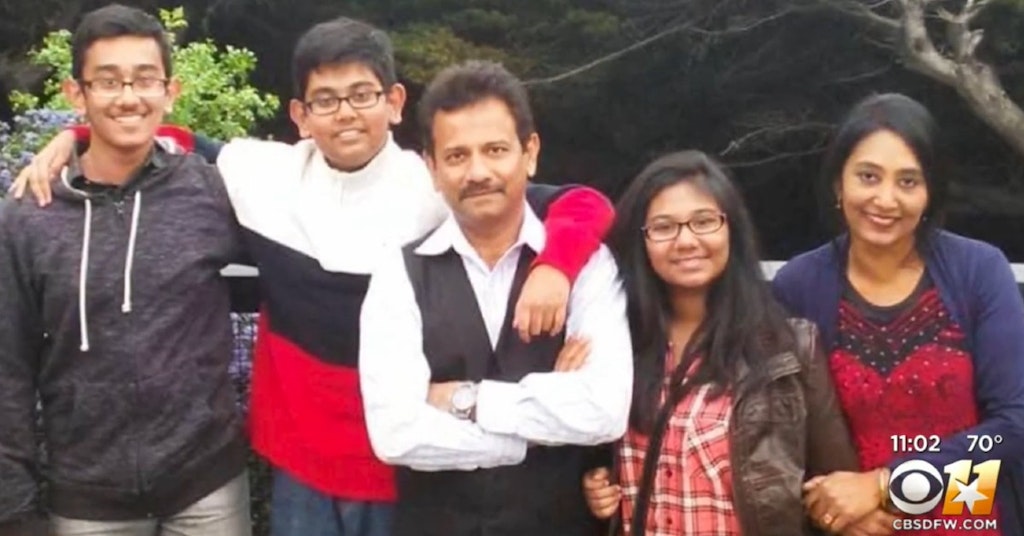 Texas Brothers Kill 6, Including Themselves, In Murder-Suicide—”Thanks For Making Buying A Gun So Easy”

Two young men in Texas died by suicide after killing four of their own family members after leaving a note thanking the state for “making buying a gun so easy.” Farhan and Tanvir Towhid reportedly killed their parents, sister, and grandmother before ending their own lives and after leaving behind a six-page suicide note on Google Docs that detailed their plan.

Farhan complained he had taken steps to treat the problem, getting on medication, raising the dose, going to therapy, and making friends, but complained that any improvement was temporary. He said his brother was also depressed in spite of being a “genius.”

Depression can be an enduring and difficult-to-cure illness that can affect people regardless of how good their lives might seem to people not familiar with their internal struggles.

Suicides accompanied by the murder of other family members are quite rare, but very alarming and tragic for surviving family members and the surrounding community. Though experts on the subject of suicide recommend avoiding reporting on the intimate details of a suicide note, one aspect points to a uniquely American problem with guns and a lack of gun control that could have conceivably prevented this.

In the note, Farhan talked about how easy it was for he and his brother to obtain guns in spite of having histories with severe depression, saying that “gun control in the US is a joke.”

“There was a question asking if he had any mental illnesses but—get this—he lied,” Farhan wrote. “He literally just said no. They didn’t ask for proof or if he was taking any medication (he was).”

“Thanks for making the process so easy.”

As states have begun loosening COVID-19 restrictions (against many warnings from health experts who say case numbers are already on the rise once again), mass shootings have begun to reappear in a nation that was plagued by them prior to the pandemic. Multiple high-profile mass shootings in 2021 already seem to have people going numb to them again, with the most recent getting less social and news media attention than the first two.

Gun control advocates place much of the blame for this on the fact that the U.S. has some of the loosest gun control laws in the world, particularly among nations with a similar economic and power status. According to Everytown, a gun safety organization, half of all suicides in the U.S. are completed with a firearm (citing the CDC’s numbers from 2015-2019). In that same period, nearly two-thirds of all gun deaths in the U.S. were completed suicides.

Studies have also suggested that simple gun control measures such as mandatory waiting periods reduce the overall number of deaths by suicide. Suicidal urges can often surge in the moment, according to experts, and those who wait will often find that the intensity of these urges will pass given enough time. The idea is that someone who has to wait three days before obtaining a gun might change their mind about using it in that period.

Members of the local community where the Towhids lived have gathered near their home to mourn, including the Bangladesh Association of North Texas, neighbors, and friends who praised the family for being welcoming to everyone.

“We don’t want this to be their family legacy,” said Faiza Rahman, who graduated from high school with the brothers in 2020. “They were such great people, they genuinely touched the lives of everyone who they came in contact with. … They were good people who had bright futures ahead of them.”

The National Suicide Prevention Lifeline is a hotline for individuals in crisis or for those looking to help someone else. To speak with a certified listener, call 1-800-273-8255. Crisis Text Line is a texting service for emotional crisis support. To speak with a trained listener, text HELLO to 741741.