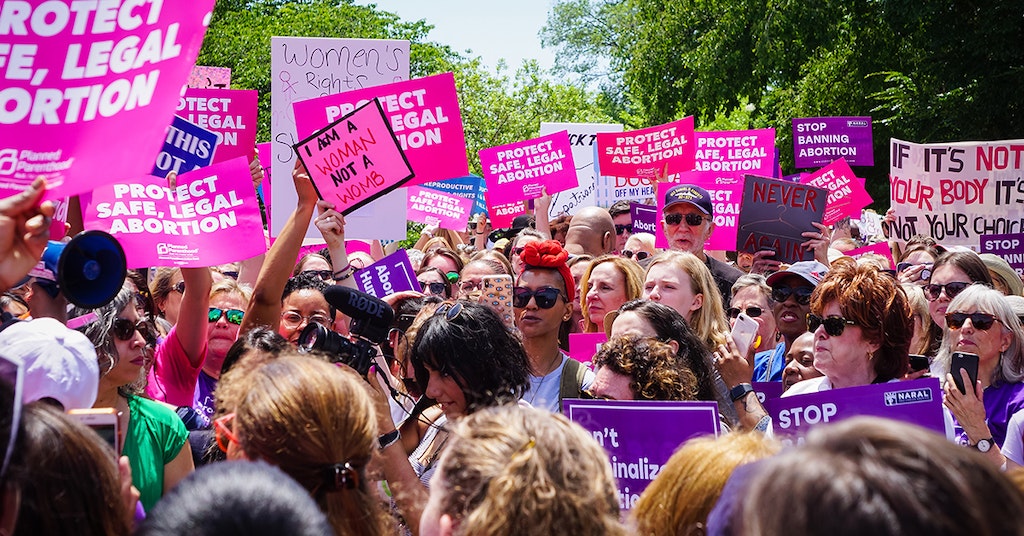 Abortion rights advocates are sounding the alarm about a recently passed law in Texas that is set to go into effect on September 1 that seems to deputize its entire citizenry to play the role of the abortion police, allowing anyone to sue anyone they suspect of attempting to access this type of healthcare.

Senate Bill 8, signed by Governor Greg Abbott in May, not only bans abortions at six weeks (also known as just about the earliest time most people discover they’re pregnant) but “allows almost anyone to sue abortion providers and others who ‘aid and abet’ a person obtaining abortion care,” according to the Texas Policy Evaluation Project.

This could potentially include anyone who offers financial aid to someone seeking an abortion or even gives the person a ride to the clinic. Financial rewards for successful suits could net snitches at least $10,000 with no maximum limit set in what has been derided as “abortion bounties.”

This is a new twist in a long list of “fetal heartbeat” bills, which incorrectly identifies the six-week mark as the first time a heartbeat is detectable in the embryo, and pro-choice activists worry that it will make it more difficult to block it like they have all the others because they don’t know who to target with a lawsuit of their own.

“The abortion ban in Texas is different than in other states because the law prohibits officials from enforcing it and is instead going to leave that up to the citizens,” explains TikTok user Uncle EZ. “They are also offering a $10,000 reward for each illegal abortion you stop. What the f—?”

“This may be their strategy to get their abortion ban in place sooner. All the other six-week abortions have been blocked, but they can’t figure out how to block this one because they don’t know who to sue.”

Not only that, but opponents to the bill fear it will embolden people in a state that recently loosened its already rather loose gun laws to harass any neighbors they suspect (or want to suspect) of pursuing an abortion.

Whether it’s true that Texas Republicans are attempting to dodge the legal system that has so far kept abortion rights in place or not, Whole Woman’s Health, Planned Parenthood, and the Center for Reproductive Rights (among others) have filed a lawsuit to block the law, arguing that it places unreasonable burdens on abortion providers.

“If not blocked, S.B. 8 will force abortion providers and others who are sued to spend massive amounts of time and money to defend themselves in lawsuits across the state in which the deck is heavily stacked against them,” the lawsuit states. “Even if abortion providers and others sued in S.B. 8 lawsuits ultimately prevail in them—as they should in every case if only they could mount a fair defense—the lawsuits against them will still have accomplished S.B. 8’s goal of harassment.”

If this attempt to block the Texas anti-abortion bill is unsuccessful, it would set a precedent and a path for every other Republican-controlled state to follow through the giant loophole blown through Roe v. Wade. Abortion rights advocates are as concerned as they are disgusted.