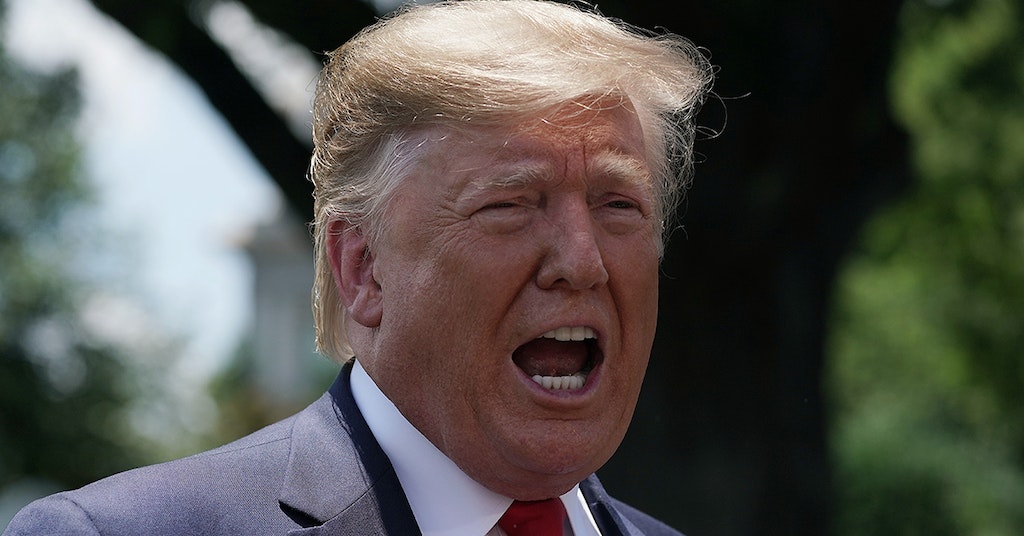 “They Seem To Be Very Responsible People,” Trump Says Of Anti-Lockdown Protestors

President Donald Trump on Friday defended his support for protestors railing against social distancing orders recommended by his own administration, exclaiming that those gathered demanding an end to stay-at-home orders are “very responsible people.”

This statement followed a series of “LIBERATE” messages to his followers, naming states that have stay-at-home orders supported by their state governments:

With this encouragement, protests against the economy being shut down have sprung up all over the country. These protestors aren’t wearing masks, they’re gathering in large groups, and they’re shouting with their whole jaw open to be allowed to go back to work.

If it were only the people at these protests who might get sick from this crazy behavior, fine. Their choice. But they will come in contact with families, grocery store workers, and who knows who else before potentially ending up in the hospital. There, they’ll be a burden on the hospital system and the caretakers there. Basically, it’s the exact opposite of the right thing to do.

And yet, during a White House briefing on Friday night, Trump defended them, according to The Guardian. Trump was asked if he was worried about protestors spreading the virus. He responded by calling them “people expressing their views.”

Reporter: Don't you think the protests will spread #COVID19

Trump: No, these seem like responsible people to me. They've been treated a little bit rough.

Responsible? No masks, no social distancing.#CoronavirusLiar wants to reopen the country!pic.twitter.com/WQKdhnuEpB

He added, “I see where they are and I see the way they’re working…They seem to be very responsible people to me. But they’ve been treated a little bit rough.”

Sounds like the kind of stuff we’ve heard from Trump before:

Trump on protesters flouting social distancing restrictions: “They seem to be very responsible people to me.”

"These are people expressing their views. They seem to be very responsible people to me. But they've been treated very rough." — Donald pic.twitter.com/J2MpAfrRxN

"They seem to be very responsible people." pic.twitter.com/eGDE4O2N32

"They seem to be very responsible people," Trump says of the protestors congregating together in the midst of a highly contagious global pandemic.

.#Trump: "They seem to be very responsible people to me"

They're jamming traffic, blocking official entrances, carrying AR-15's, chanting "lock her up" and exposing themselves, and us, to a deadly virus.

Since Trump wants to open the country again so badly, it’s not too surprising that he is defending other folks who do, even if they’re the least responsible people on the planet right now. The only responsibility Trump understands is to his own ego, and they’re definitely gratifying that.