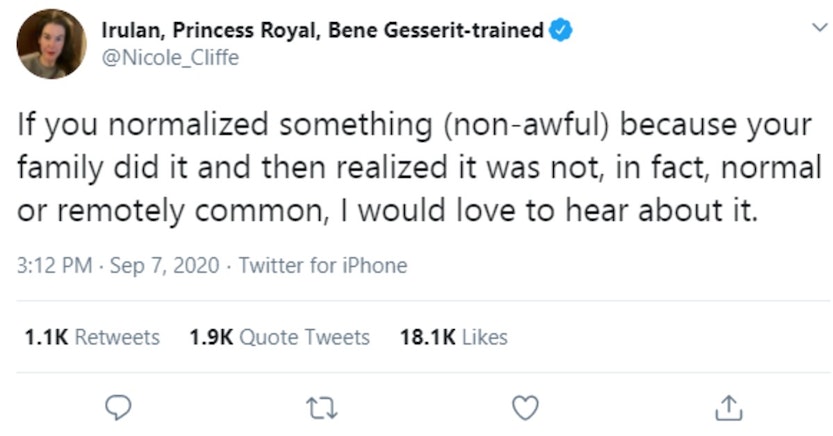 Writer and The Acid King executive producer Nicole Cliff sent out a request on Twitter Monday that has since gone viral as thousands offer up the weird things their families did when they were children that they later realized were not so normal. Cliff’s request for these kinds of stories may have been motivated by the objectively unusual behavior of her own kids.

“Our kids can say ‘Dad trained us to say “yes sir how high sir” when he made a harrumph noise, as a joke, but honestly we always just did what we wanted bc he’s a colossal sucker,” Cliff wrote.

In addition to being funny, many of the entries provide fascinating insights into lesser-known cultural practices as well as individual family quirks. Some grew out of parents being unusually strict, while others were unusually permissive. And a good number of them are simply the result of dads being dads, similarly to the antics of Cliff’s husband.

These are the ones we liked best: