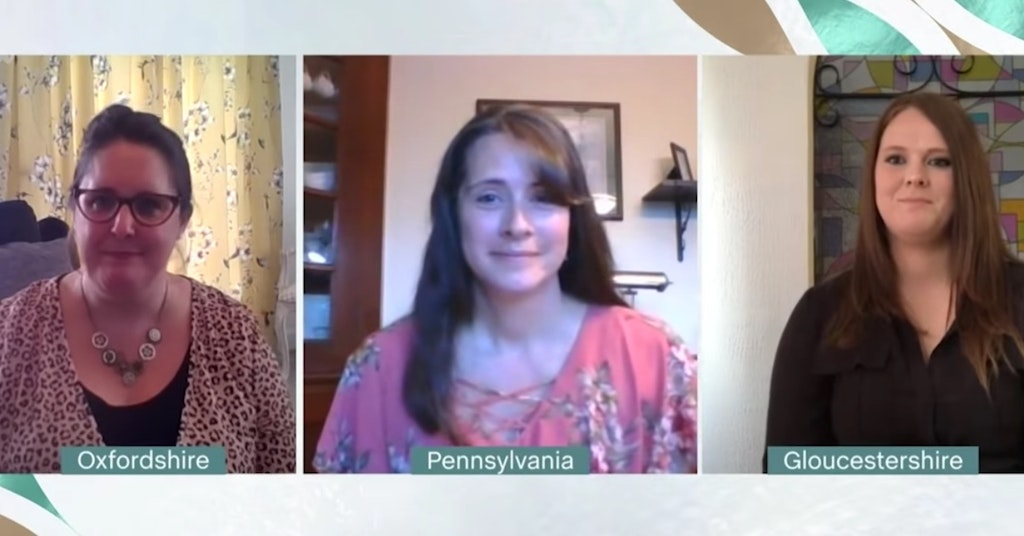 Three Karens went on TV this week to complain to the world about being called “Karens.”

Karen Masters, Karen Triggs, and Karen Serfass appeared on This Morning, a British talk show, to lament how the internet using “Karen” to refer to women who publicly make a scene about something, sometimes racist but always showing their entitlement and selfishness.

The term has gained popularity this year, nestling into a spot in the internet’s lexicon, as videos of “Karens” have gone viral again and again and again throughout the coronavirus outbreak (they hate masks!) and the Black Lives Matter protests (“all lives matter!”).

But some actual Karens have “struggled” with the term, insisting it’s a misogynistic or even racist slur, even though it isn’t necessarily strictly used in conjunction with white women.

Masters admitted she started a Change.org petition to get people to stop calling entitled women Karens, which, quite frankly, is a very Karen thing to do.

“I feel like we can’t, as Karens, can’t talk about how this is affecting us, because then we are entitled if we do this,” she said.

Triggs has apparently bounced right past wanting to talk and instead says she plans on legally changing her name because she feels like she has to hide her name badge at work, whereas Serfass started a Facebook group for, uh, Karen solidarity or something.

This Morning host Eammon Holmes seemed to sympathize with the Karens.

“It’s almost racist to describe you guys as racist, anybody called Karen” he said at one point.

The thing is, absolutely nobody is saying all people literally named Karen are racist or entitled or anything generalized at all. It’s merely a shorthand reference given to a group of people connected by a commonality in behavior — in other words, calling jerks going viral “Karen” is in no way a reflection on people actually named Karen.

After the segment aired, folks on Twitter pushed back against the drama.

And rightly pointed out that this isn’t the only time in the history of the world a name has been repurposed for a generalization or a joke.

As I told the Karen who slid into my DMs to complain about articles calling people “Karen,” if you don’t like your name being used as a shorthand to refer to entitled women, try calling your friends and family out if you see them exhibit this kind of behavior and explain why it’s not a good look. Get rid of the behavior, there’s no reason for anyone to use the name.

Or, sure, just make a petition and complain on TV.