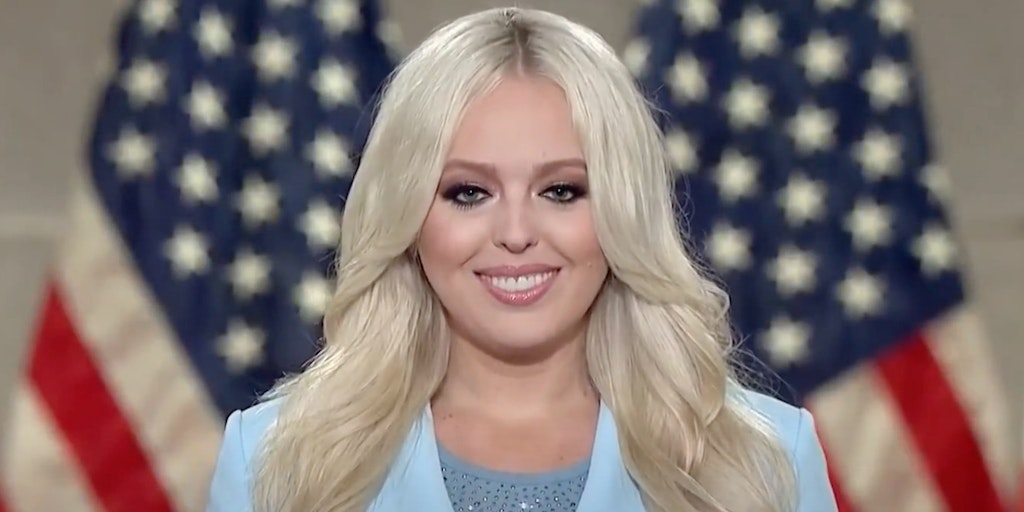 
Tiffany Trump, the youngest daughter of Donald Trump, participated in an unusual “Trump Pride” event in Florida this week to support her father’s re-election efforts.

It took place at Westshore Grand Hotel in Florida, from where a clip of a lively Tiffany on stage has emerged online. She's being criticized for speaking for the LGBTQ+ community, as her father's administration has rolled back laws protecting them.

Particularly pressing with the context of the event is her father's pursuit of securing a lifetime Supreme Court appointment for Amy Coney Barrett, a nominee seen as an enemy of the LGBTQIA+ community.

"I know what my father believes in. Prior to politics, he [Trump] supported gays, lesbians, the LGBQIIA+ community," Tiffany stated before talking about social media and "fabricated lies."

"It saddens me," she continued. "I have friends of mine who reach out and they say how could you support your father, we know your best friends are gay."

Many also noted and took offense to her, not adding the "T" for transgender people.

Most were disappointed the event even took place at all and found it grounded in inauthenticity and "grift."

"I cannot express to you how tired I am of this pathetic grift," one Twitter user wrote. "Our fight for equality—the one we're having to wage against you—is not yours to pervert for tacky campaign graphics. Get your hands off our rights and stop trying to gaslight us."