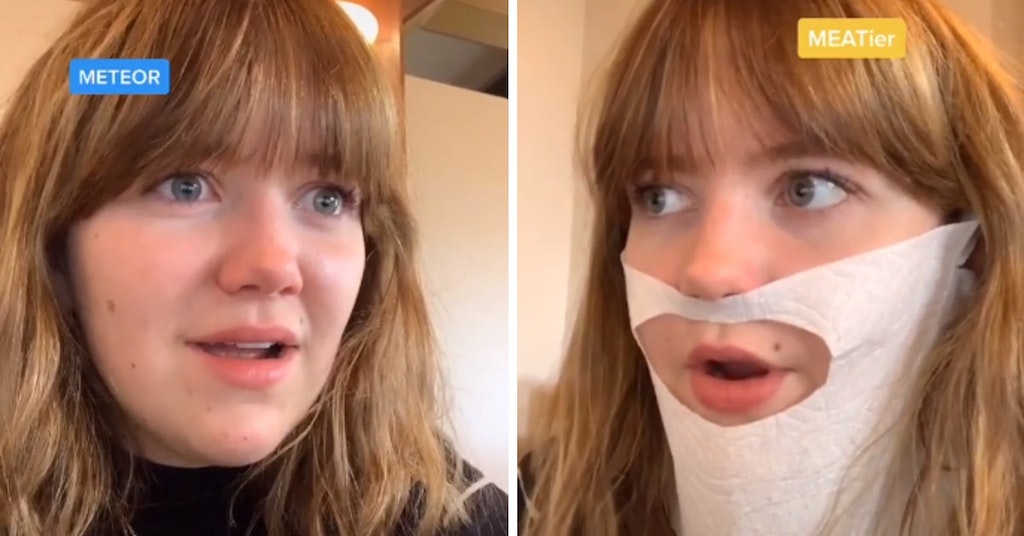 
A short TikTok video by paleontologist Lize Mo Petey has gone mega-viral for beautifully acting out a hypothetical misunderstanding between God and an angel who didn’t quite get the message that the almighty simply wanted to make the dinosaurs “meatier.”

Petey has been praised for both her comedic timing and her acting skills that are expertly demonstrated as her voice becomes strained and her eyes tearing up as both God and angel realize what's happened.

“Hey Angel, did you give the dinosaurs more muscle like I asked?" says Petey dressed as God in an amazing beard that looks to be made out of a paper towel.

"What?" says the angel, clearly confused.

"I asked you to make them meatier," God replies.

You can see the truth dawning on both as they repeat their own versions of the word over and over until the video cuts out in classic TikTok style.

The 22-second video was such a hit that it reached over 12.6 millions views on TikTok alone, gaining millions more on Twitter and other social media platforms. Many viewers were delighted to find out that Petey is an actual paleontologist who literally studies the extinct animals as a career. She has even suggested herself for a possible future acting role.

The reaction to her video has been so positive that Petey even made a follow-up video, again playing God as she surveys a museum room full of dinosaur bones, shaking her head to the tune of Mad World.

Additionally, people are loving the video so much that they're posting memes about it, drawing comics related to the joke, and even translating it into other languages.