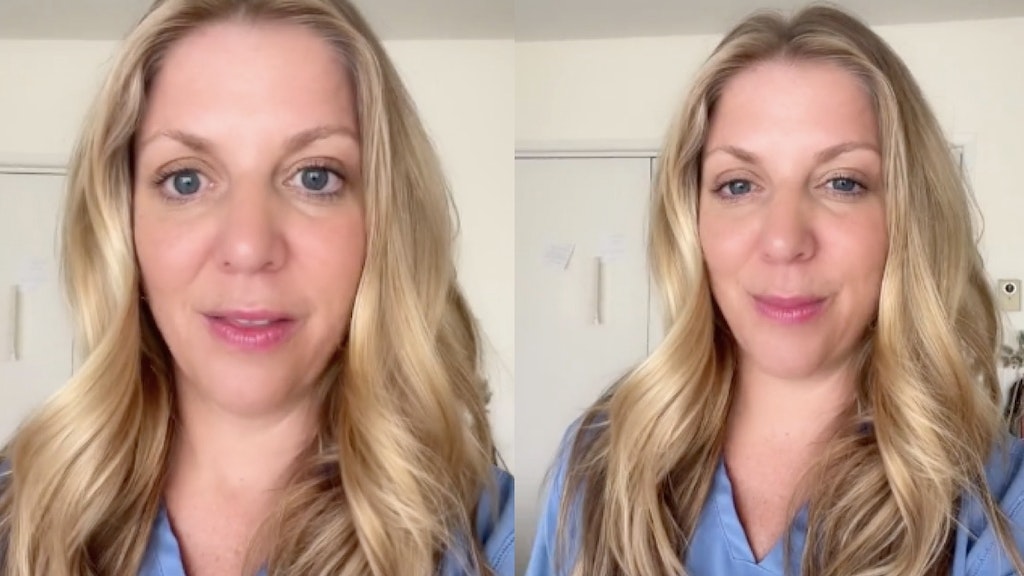 Welcome to #HospiceTok, starring hospice nurse Julie McFadden, who has found a wide audience for her stories about ushering people on to the great beyond. It takes a lot of resilience and perspective to go through the end-of-life stages with your patients, and McFadden seems to have both. She also has a lot of incredible observations from her time with these patients and certain patterns she’s noticed as people approach death. They’re very reassuring.

Her first big TikTok post, BuzzFeed reports, was about a phenomenon she called “the rally.”

“There’s something that happens that’s called the rally,” McFadden explained. “This happens when someone is really sick or almost toward actively dying — meaning dying within a few days — and suddenly they look like they are ‘better.’ This can manifest in different ways, but a lot of times they will suddenly eat, they will talk, maybe even walk. They act like their old selves, they have a little more of a personality — kind of laughing, talking, joking, but usually, they die within a few days after this, sometimes even that night.”

Another very popular post was about how when people are close to the end of their lives, they start to see people they know who have passed on all around them. Obviously, McFadden can’t see these figments, but she’s had her patients describe them to her.

She says, “It usually happens about a month or so before the person dies, but they start seeing dead relatives, dead friends, old pets that have passed on, spirits, angels that are visiting them and only they can see and hear them. Sometimes it’s through a dream — sometimes they physically see them, and they’ll actually ask us, ‘Do you see what I’m seeing?’ They’re usually not afraid, it’s usually very comforting to them and they say they’re sending a message, like ‘we’re coming to get you soon’ or ‘don’t worry, we’ll help you.’ Most people love this, they are very comforted by it. It’s not scary to them. But, yeah, we can’t explain it, it happens all the time.”

The comments on that video were filled with stories of people who witnessed their relatives or friends die, and had expressed that they were seeing the spirits of other loved ones who had passed. Some even claimed to be seeing angels in the room.

McFadden wants people to understand death better so they fear it less.

She told BuzzFeed, I want to normalize death in general. Death is a part of life and — for whatever reason — we don’t like to talk about it. What I’ve found is that people who DO talk about it tend to have a more peaceful death…Our bodies are built to die, and a lot of times the less we mess with that, the more peaceful the death will be.”

Bodies being built to die explains a lot of my aches and pains at the moment. McFadden didn’t hold back in the interview and described some of the physical things that happen to the body as it’s winding down, like watering eyes, agitation, and fluid excretion from the nose and mouth.

Even having seen all of that, McFadden says it has left her feeling better about the end.

“It’s so comforting — and astounding. It’s really taken the fear of death away from me,” she said. “Our bodies are intuitive. If someone truly is at the end of life, their body will start taking care of itself. It will start shutting down, it will make the patient not hungry or thirsty — it will have the person start sleeping more because it’s preparing itself. The more we let the patient (loved one) be the guide, the better and more peaceful the death usually is. If they are clean, if they are safe, and if they are comfortable — you’ve done a good job.”