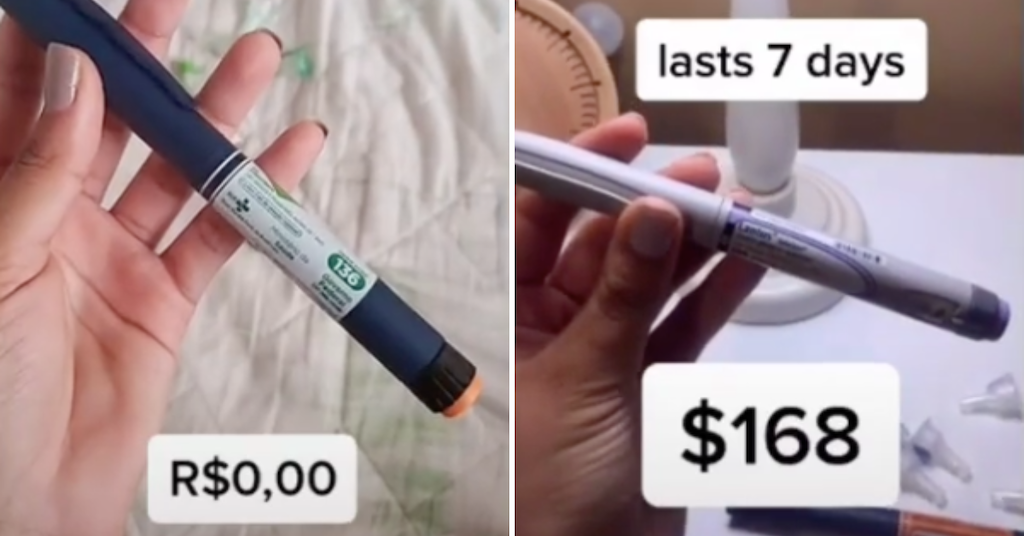 TikTokers Show How Much Insulin Costs In The U.S. Vs. Other Countries

TikTok can be goofy and fun, but people can also use the platform to raise awareness about serious issues. That’s what two women are doing regarding insulin price differences in their home countries. TikToker Sarah Vieira recently shared a video where she dueted with another TikToker @iamchloe.com to compare the cost of insulin in her home country Brazil and @iamchloe’s home country, the good old USA. The TikTok showed the shocking but perhaps unsurprising problem with insulin prices in America.

The next frame features different insulin pens that last for ten days. Sarah’s, once again, costs nothing. Chloe’s costs $134. The next comparison in this series features a few months’ worth of insulin pens. Sarah’s caption is again, zero. Chloes? Over 150,000. You get the point.

The video ends with both girls displaying their medications with two very different captions:

“I am privileged enough to live in a country that has a Unified Health System,” reads Sarah’s.

“I am privileged enough to be able to afford my disease,” reads Chloe’s.

Sarah ends her video by imploring Brazil to “Defend the UHS” as the country is currently planning to reverse the healthcare system in Brazil with new policies brought about by the Brazilian government. Chloe’s video ends with the depressing caption, “Not everyone is so lucky.”

According to the Mayo Clinic, the most commonly used forms of insulin cost ten times more in the United States than in any other developed country. And recently, there have been reported deaths of diabetes patients because they were unable to afford their insulin.