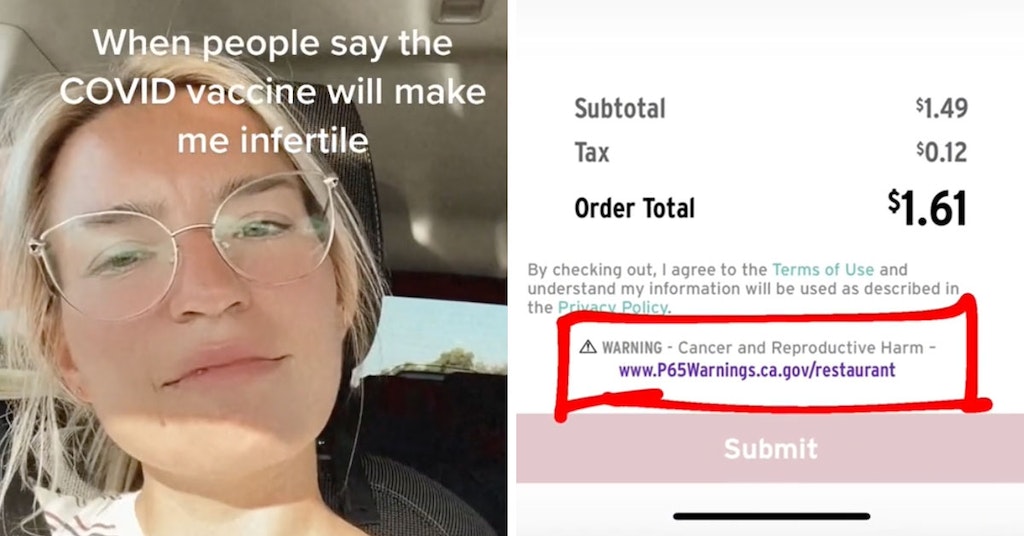 Because no good deed goes unpunished, myriad conspiracy theories surround COVID-19 vaccinations. You know, the free medical treatment being administered to anyone who wants it, in order to stop the pandemic that’s been ruining everyone’s lives and killing a whole bunch of people for the past 18 months?

Some of the stories are so outlandish that, outside the pandemic’s tragic context, they’re kind of hilarious to anyone who has two brain cells to rub together. For example, rumors that the vaccine program is part of a government plan to alter recipients’ DNA, or that it has alarmingly increased the size of Nicki Minaj’s cousin’s friend’s testicles.

One of the more realistic, and therefore insidious, claims, however, is that it can cause infertility in those trying to conceive, and miscarriage in pregnant people. This is also not true but sounds less outlandish than the obvious nonsense. In actuality, the CDC and all reputable healthcare providers strongly recommend that pregnant people get vaxxed immediately if not sooner.

As Bexie points out in her silently smirking clip, Taco Bell’s website and app (and all brick-and-mortar locations in the State of California) have posted a Prop 65 Warning. Prop 65 legally requires corporations to publicly disclose whether their clients will be exposed to known carcinogens and chemicals that may cause reproductive problems. Taco Bell’s food exposes customers to both.

Some TikTokkers pointed out that many other fast-food restaurants are required to post this warning, as well. They’re not wrong: the chemical compound acrylamide is a carcinogen created by frying food. During the frying process, acrylamide forms from sugars and an amino acid that are already naturally present in the food items. Acrylamide can cause cancer and reproductive problems—and, to Bexie’s point, most people eat Taco Bell anyway. Including anti-vaxxers.

One user pointed out that anti-choicers would be quick to make women get permission slips from their husbands if the vaccine was really an obstacle to fertility.

Many vaxxed commenters who incorporate Taco Bell into their diets and are also parents or pregnant were especially entertained by Bexie’s post.

And some just found humor in the obvious hypocrisy of refusing the vaccine while eating cancer-causing chemicals.