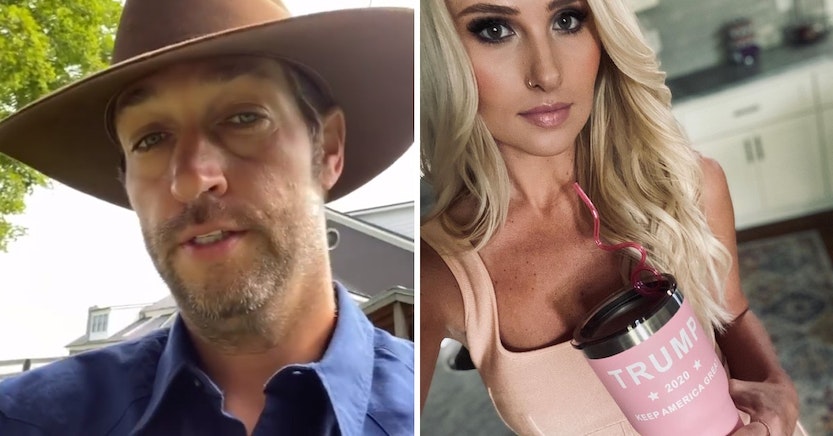 Following the divorce announcement between former Bears quarterback Jay Cutler and his wife Kristin Cavallari, who now has a reality TV show, rumors popped up that Cutler had begun a relationship with everyone’s favorite right-wing pundit to trash, Tomi Lahren. They reportedly began due to Lahren’s frequent appearance in the comments of Cutler’s social media posts, and soon ESPN’s Sarah Spain was asking questions.

Cutler later seemed to deny these rumors in an Instagram video brushing one of his long-haired mini-cows. “Only lady in my life,” reads the video caption. “Be better internet.”

Lahren also posted an apparent denial of the rumors in a tweet saying “I love it when the internet tells me who I’m dating.”

In spite of these posts, Twitter couldn’t help but explode with jokes about the rumored pairing, with many targeting Lahren’s right-wing views and other referencing the reports of Cavallari calling Cutler “lazy” and going after his football performance. All are hilarious, and here are 25 of our favorites: