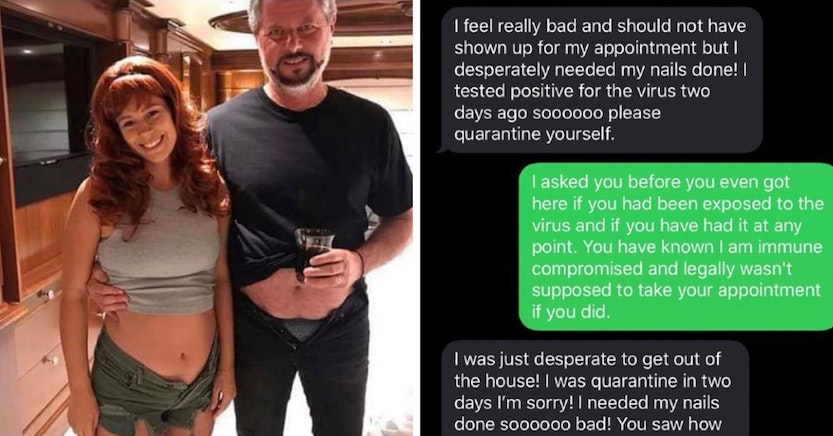 We collected our five best stories of the week, just in case you missed out.

5. Zelda Williams Fires Back After Eric Trump Shares Video Of Her Father

Zelda Williams pushed back after Eric Trump shared a clip of her father performing stand-up to further the Trump political agenda, and you love to see it. Eric posted a video to Twitter last week that was already marked with the caption “Robin Williams Just Savages Joe Biden.” In it, the late comedian makes reference to “rambling Joe Biden,” and compares him to “your uncle who’s on a new drug and hasn’t got the dosage right.” Read More >>

4. Priest Gently Smacks Down Woman Who Asked Him Why He Lets Sex Workers Follow Him

Reverend Daniel Brereton, a gay priest from Canada, was very Christian to a woman the other day who messaged him on Twitter to “alert” him that some individuals who work in pornography were following him. She may not have been expecting his response when she asked him if he was concerned about this. Read More >>

Conservatives are always accusing everyone else of having no sense of humor, but nothing paints a picture of what uptight weirdoes they are like an attempt at a joke. Evangelical preacher and passionate Trump supporter Jerry Falwell Jr. is taking an “indefinite leave absence from his roles”  as president and chancellor of Liberty University after his goofy Instagram posts made his followers clutch their pearls. Read More >>

2. Anti-Masker Carried Out Of Store By His Own Son After Threatening Masked Shoppers

An Arizona anti-masker was literally carried out of a Tucson grocery store by his son after he tried to pick a fight with law-abiding shoppers, threatening to assault them until the young man lifted him off his feet and walked out the front door with him. All the while, the older man continued to call people names and invited them to fight him while passively allowing his kid to lift and carry him like a giant toddler. Read More >>

1. Manicurist Speaks Out After Client Admits To Having COVID-19 During Nail Appointment

A Washington state manicurist Facebook post went viral after she spoke out about a client who knowingly exposed her to COVID-19, sharing screenshots of a text conversation in which the client admits to having tested positive two days before the appointment. To make matters worse, the manicurist, who goes by Taylor, is immunocompromised — another fact the client was aware of before they went to get their nails done. Read More >>

Here are our top 5 stories from last week, just in case you’ve been living under a rock.