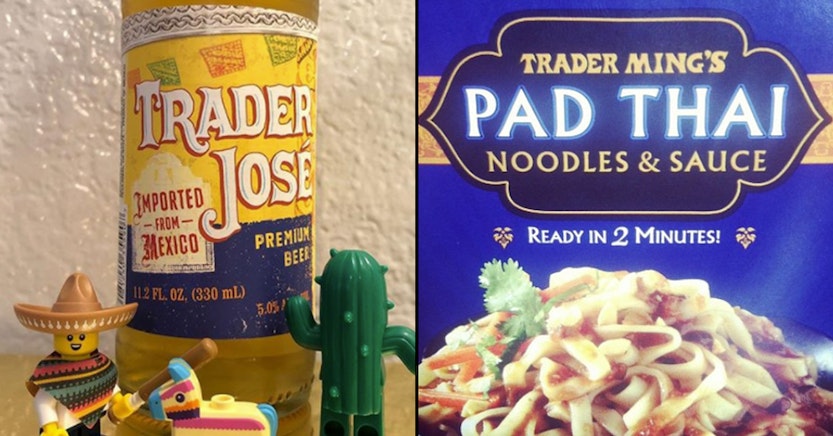 Trader Joe’s isn’t changing the labels on any of its products some have complained are racist, despite previously saying it would.

Some folks were pressing for the popular grocery chain to rename products that had been branded things like Trader Ming’s (Chinese food) or “Arabian Joe” (Middle Eastern foods) or Trader José (Mexican foods) after a petition circulated expressing concern over “exoticism that perpetuates harmful stereotypes.”

“The Trader Joe’s branding is racist because it exoticizes other cultures — it presents “Joe” as the default “normal” and the other characters falling outside of it — they are ‘Arabian Joe,’ ‘Trader José,’ and ‘Trader Joe San,’” wrote Briones Bedell, the white high school student who started the petition.

Though the petition had only gained 1400 signatures at the time, Trader Joe’s originally said they were already in the process of updating these particular product labels to simply be “Trader Joe’s” brand instead of the international variations. In fact, Kenya Friend-Daniel, a spokesperson for the company, said there were only a few products left that hadn’t been changed and they would be completed soon.

“While this approach to product naming may have been rooted in a lighthearted attempt at inclusiveness, we recognize that it may now have the opposite effect — one that is contrary to the welcoming, rewarding customer experience we strive to create every day,” said Friend-Daniel.

But now, TJ’s denies they were ever influenced by the petition to make any changes, despite…well, their whole earlier statement, and now seems to be saying they recently discontinued a few older products but that’s where the change ends.

“Decades ago, our Buying Team started using product names, like Trader Giotto’s, Trader José’s, Trader Ming’s, etc.,” reads their latest statement. “We thought then—and still do—that this naming of products could be fun and show appreciation for other cultures.”