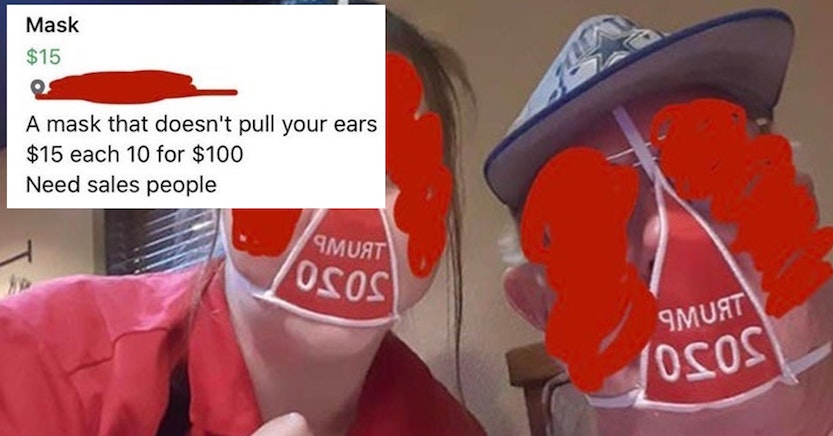 Mask rules really vary from state to state, but it is generally recognized science that we should all be wearing masks in general and when inside in particular, as well as maintaining a safe distance from one another. Though this isn’t a guarantee against contracting COVID-19, it does significantly help in preventing the spread of a deadly virus. Unfortunately, the U.S. is not full of citizens who believe in helping one another. Many of them seem pretty determined to undermine all efforts to combat coronavirus even at their own expense.

The mask protestors say they can’t breathe wearing them or that they’re a hoax or they pull on their ears. Though it’s been proven again and again that wearing a mask does not interfere with oxygen levels, the myths persist. There are a lot of videos of people freaking out because they’re asked to wear a mask in a grocery store, but we don’t talk enough about the people who try to get by wearing absolutely ridiculous face coverings.

As an example, here are some people selling “Trump 2020” masks that are very obviously g-string underwear: 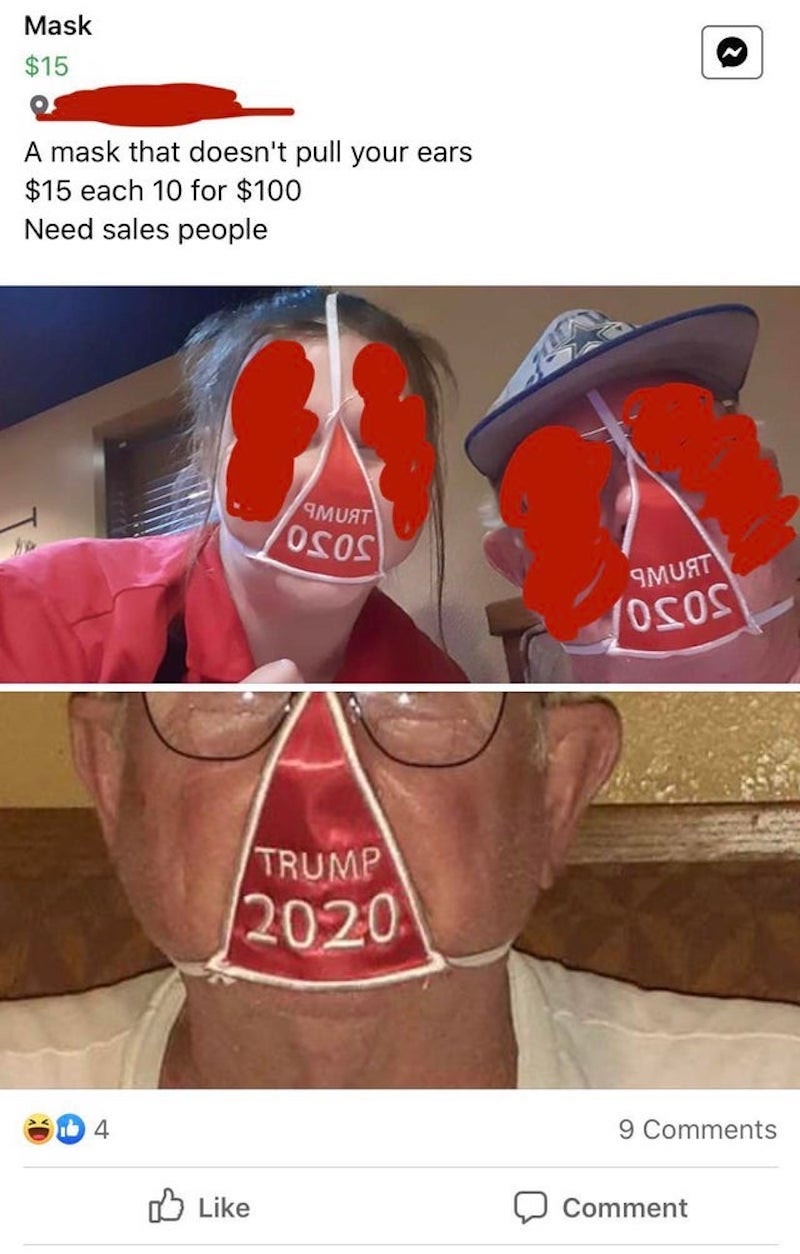 I’m not sure if they mean they need people to help sell these cursed things or if they need sales because no one is buying.

The picture was posted to r/insanepeoplefacebook by u/LoserUser4, who wrote, “These masks that people are legitimately trying to sell in my town.”

Not only do the masks not properly cover your nose or mouth, they also appear to be pulling people’s noses back and squishing their mouths. They might not pull your ears, but the rest of your face is getting stretched like taffy.

Many commenters hope the masks were fake, but the truth is they’re almost certainly not. They might be a “joke,” but it’s probably only a matter of time before people in the OP’s neighborhood really wear them: 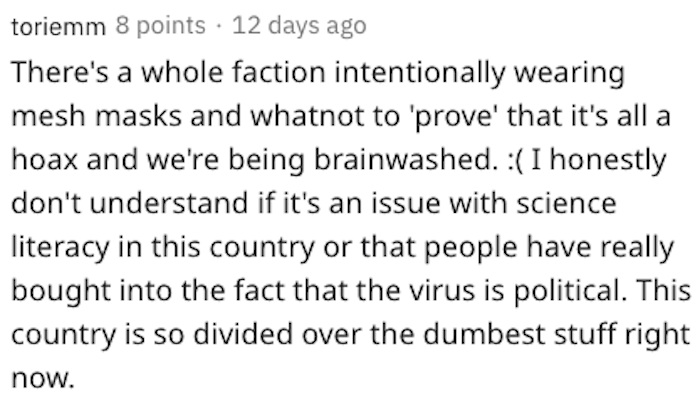 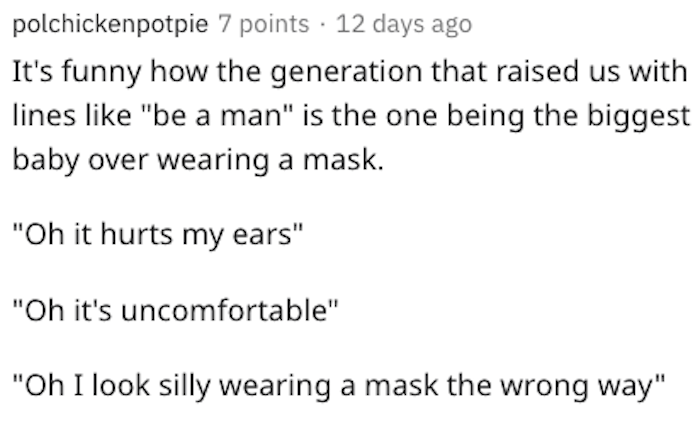