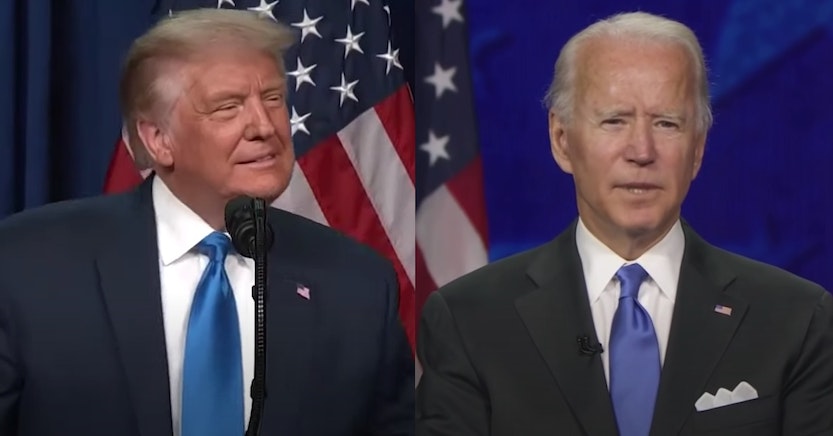 Donald Trump is demanding that Joe Biden take a drug test prior to the upcoming presidential debates after complaining that his challenger suddenly stepped up his game in regards to TV appearances.

Trump, along with many vocal GOP supporters, has repeatedly insisted that Biden’s mental capacities aren’t in tact enough to hold the role of president — a hilarious sentiment coming from the guy who thinks a test used to catch signs of dementia can prove he’s a genius.

Adding unfounded accusations of drug use on top of that is not exactly surprising. The president — who has been accused of having an Adderall addiction himself — also tried to force Hillary Clinton to take a drug test prior to their final debate, a silly request that went ignored by her campaign.

While it seems unlikely anything will actually come of this attempt to coerce Biden into taking a drug test, Trump knows by now that all he has to do is suggest something and, no matter how wild and without evidence it is, his most fervent supporters will spread it as fact.

“I don’t know how he could have been so incompetent in his debate performances and then all of a sudden by OK against Bernie,” Trump continued in regards to Biden. “My point is, if you go back and watch some of those numerous debates, he was so bad. He wasn’t even coherent. And against Bernie, he was. And we’re calling for a drug test.”

“All I can tell you is that I’m pretty good at this stuff,” was the only “proof” Trump offered up when asked what made him believe it was drugs that made a difference in Biden’s performance.