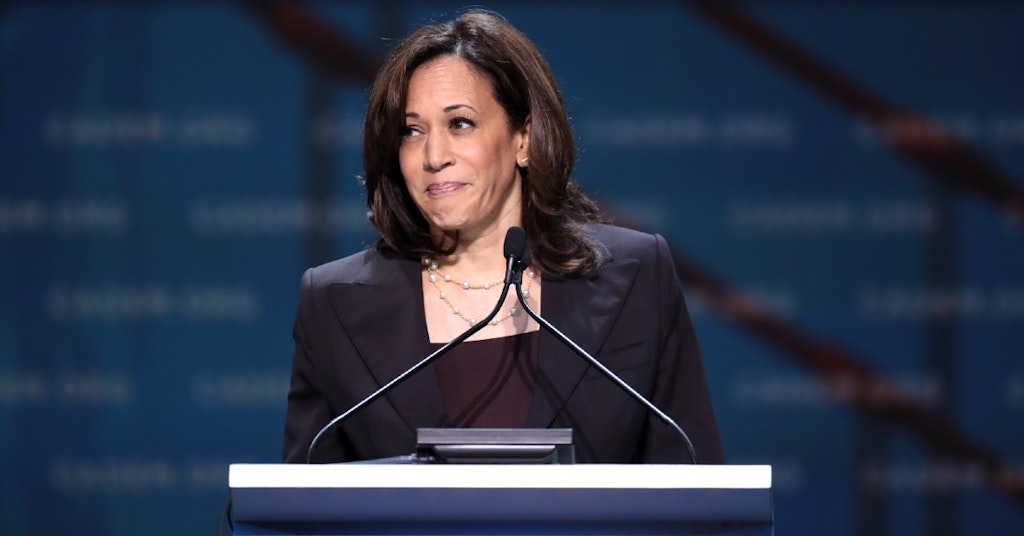 Confirming the predictions of many on the left, a legal advisor for the Trump campaign retweeted an article calling Kamala Harris’ eligibility for the vice presidency in question based on the Citizenship Clause of the U.S. Constitution. After Republicans did the same to former President Barack Obama, a phenomenon dubbed as “birtherism,” they’re extending this theory to the potential first Black vice president as well.

Not only did Jenna Ellis share the Newsweek opinion article titled “Some questions for Kamala Harris about eligibility,” she fully admitted to pushing the birther theory when asked about the retweet.

“It’s an open question, and one I think Harris should answer so the American people know for sure she is eligible,” she said.

Birtherism has been widely panned as racist due to the fact that it has only ever targeted Black candidates or other candidates of color. Meanwhile, fact-checkers have already confirmed that Harris is indeed eligible to become vice president because she was born in California and her citizenship has never been under question.

The “questions” about Harris’ eligibility appear to stem from the fact that her parents were both immigrants—her mother from India and her father from Jamaica—with one Facebook post going around calling her an “anchor baby.” However, the constitution is clear on this matter, stating that anyone “born or naturalized in the United States” is a citizen and therefore eligible for the presidency and vice presidency.

In response to backlash, Newsweek published an “editor’s note” claiming that the article questioning Harris’ eligibility was not “racist birtherism,” but a legitimate question about the meaning of the constitutional phrase “subject to the jurisdiction thereof.”

“Dr. Eastman was focusing on a long-standing, somewhat arcane legal debate about the precise meaning of the phrase ‘subject to the jurisdiction thereof’ in the Citizenship Clause of the 14th Amendment,” they wrote. “His essay has no connection whatsoever to so-called “birther-ism,” the racist 2008 conspiracy theory aimed at delegitimizing then-candidate Barack Obama by claiming, baselessly, that he was born not in Hawaii but in Kenya.”

Harris supporters, however, are not buying it.