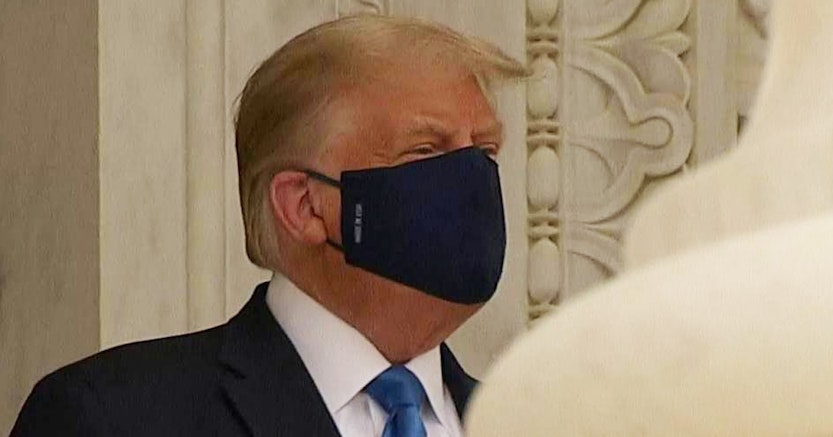 President Trump and First Lady Melania Trump went to the Supreme Court Thursday to pay their respects to recently passed Associate Supreme Court Justice Ruth Bader Ginsburg—and were met with disapproval. The crowd broke out in a chant of “vote him out” and booed the President as he stood near Ginsburg’s casket.

Ginsburg, who will like in state at the U.S. Capitol, passed away on Sept. 18th. Almost immediately, Trump made clear his intention to go forward with the nomination process despite widespread criticism. Trump said he will announce his nomination on Saturday in the White House Rose Garden at 5 p.m. Among the president’s top contenders are Judge Amy Coney Barrett and Judge Barbara Lagoa.

On Wednesday, Trump made a statement that caused many in the country much concern that he will not leave office if voted out by Democratic process. When asked by a journalist if he would commit to a peaceful transfer of power, the President declined to answer.

“Well, we’re going to have to see what happens,” Trump said. “You know that I’ve been complaining very strongly about the ballots, and the ballots are a disaster. We’ll want to have — get rid of the ballots and you’ll have a very — we’ll have a very peaceful — there won’t be a transfer, frankly. There’ll be a continuation.”

With that terrifying information, people basked in the sound of those boos and chants today like it was as salve to their troubled souls.

Here’s hoping those boos turn to cheers when he is thrown out of office.