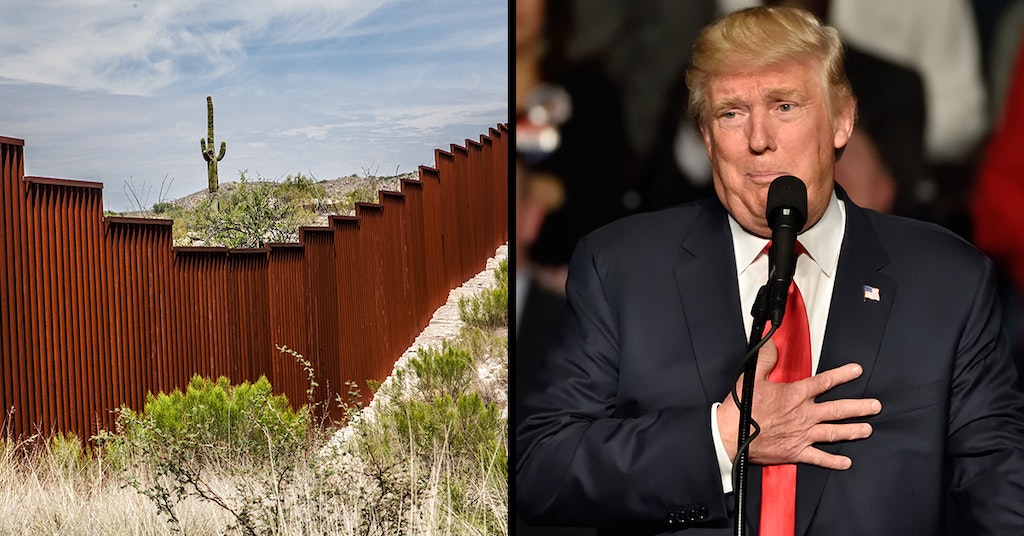 We know how badly Donald Trump wants his wall: so badly he is apparently willing to break the law to get it built.

New WaPo: "He also has told worried subordinates that he will pardon them of any potential wrongdoing should they have to break laws to get the barriers built quickly” https://t.co/33vUHXEMOK

According to the Washington Post, Trump has told officials he will pardon them if they break any laws in attempting to finish construction on the US-Mexico border wall. Trump’s plan to get the wall up as quickly as possible reportedly includes taking private land for construction, directing defense funding away from other needs, and violating environmental rules.

This is, I think, pretty unambiguously a high crime/misdemeanor https://t.co/vrT1ZDPQ3z

“Don’t worry, I’ll pardon you,” Trump has said during White House meetings when officials have noted that some of Trump’s orders might be illegal.

Pres Trump's apparently so panicked about his failure to build his wall, he's willing to trample on the law and pardon those who help him. We can't become inured to how shocking this is. Complicity from Republican leaders must also be part of the story. https://t.co/8LNZMOPZay

A White House official, who wished to remain anonymous, told the Post that the President was just kidding about making pardons.

The usual excuse:
“Asked for comment, a White House official, who spoke on the condition of anonymity, said the president is joking when he makes such statements about pardons.”

That Trump is such a kidder.

As Trump campaigns for reelection in 2020, he has been under increasing pressure to get the wall built. Critics of the wall say it could harm the environment as well as border communities.

Deputy White House Press Secretary Hogan Gidley told the Post that criticisms are “just more fabrications by people who hate the fact the status quo, that has crippled this country for decades, is finally changing as President Trump is moving quicker than anyone in history to build the wall, secure the border and enact the very immigration policies the American people voted for.”

Currently, the administration has only built 13% of the wall. Trump has promised 450 miles built by the end of 2020.