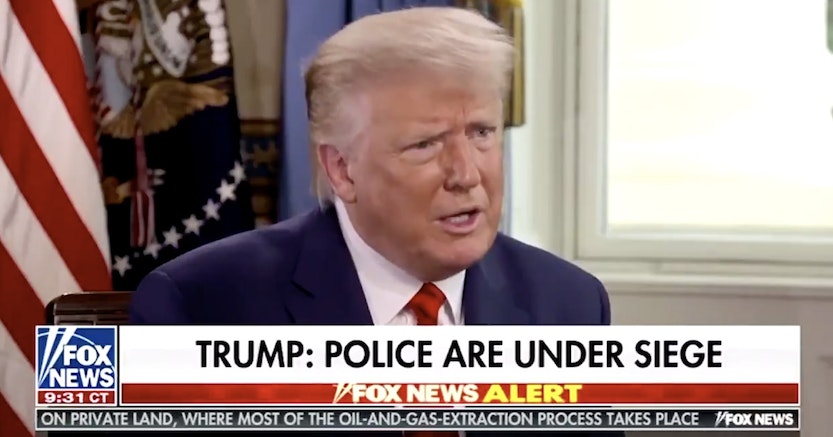 In an interview with Fox News host Laura Ingraham on Monday night, President Donald Trump referred to the police shooting of Jacob Blane as an incident akin to when a golfer “chokes” during a game.

Trump made the comparison the night before he was scheduled to visit Kenosha, Wisconsin in the aftermath of the shooting of Blane and the arrest of Kyle Rittenhouse, a suspect in the shooting deaths of at least two men.

He added: “You could be a police officer for 15 years and all of a sudden you’re confronted. You’ve got a quarter of a second to make a decision. If you don’t make the decision — and you’re wrong — you’re dead. People choke under those circumstances, and they make a bad decision.”

Ingraham seemed to sense the President was sticking his foot in his mouth and rushed to correct Trump’s statements.

“You’re not comparing it to golf. Because of course that’s what the media would say—” she said.

Well, that’s what he did!

Blake was shot seven times in the back as he attempted to get into his car. There are conflicting reports about what occurred, but investigators from the Wisconsin Department of Justice say that Blake had a knife in his car and was opening the car door when they shot him.

Wisconsin Gov. Tony Evers asked Trump to “reconsider” his visit to Kenosha, saying he was worried that Trump’s presence would “hinder our healing.”