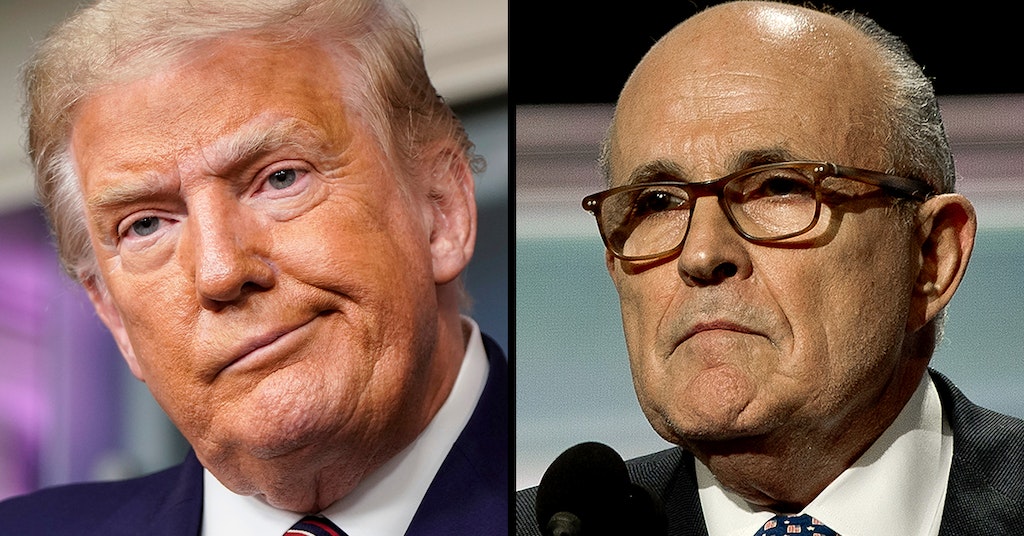 Trump Complains Investigation Against “Patriot” Rudy Giuliani Is “So Unfair”


Donald Trump has expressed his disapproval of Rudy Giuliani’s apartment being searched by federal agents, calling it “like, so unfair.”

The ex-president called into Fox News to talk about the situation after it was reported that a search warrant was being executed against his former lawyer’s Manhattan apartment and offices on Wednesday.

“It’s like, so unfair and it’s such a double standard like I don’t think anybody’s ever seen before,” Trump said.

He also called Giuliani “the greatest mayor in the history of New York” and said over and over again that he’s a “patriot who loves this country,” seemingly as a defense against the Department of Justice investigating him.

The search warrants for Giuliani’s apartment and offices are related to his activities in Ukraine, as officials are trying to determine if he was engaged in illegal lobbying related to the accusations that Trump offered a quid-pro-quo for dirt on Joe Biden back in 2019.

Giuliani’s son blasted the search as “politicization of the Justice Department,” insinuating that this was some sort of Democrat vs Republican retaliation.

However, not only has the White House claimed they didn’t know about the search warrants in advance, but apparently the Justice Department had been attempting to secure the warrants since Trump was still in office, but were repeatedly blocked by his appointees.

While Trump himself is currently defending Giuliani, critics are already anticipating that the former president will dramatically change his tune soon enough if anything shady that could tie back to him is dug up.

This may not be the only legal issue Giuliani is up against in the near future, as his ties to Trump have left him open to investigation regarding attempts to influence the outcome of the Georgia election and defamation against Dominion Voting Systems for claiming they engaged in election fraud.