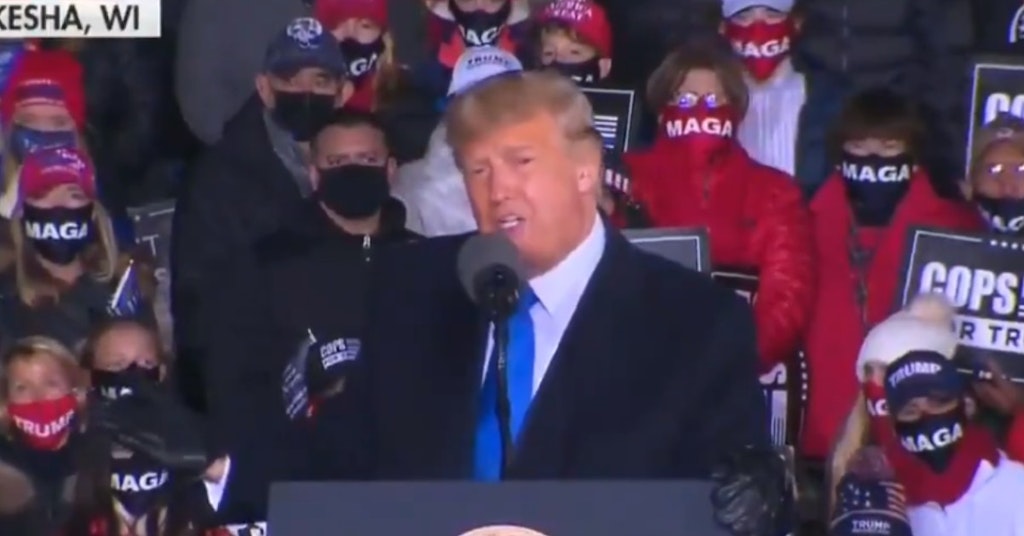 
Doctors in the U.S. are not happy with an assertion recently made by Donald Trump during a campaign rally that hospitals receive more money from marking a deceased patient as having died from COVID-19 than they would if the death had been caused by anything else. At his Wisconsin rally on Saturday, Trump claimed that other nations mark their COVID-19 dead as having died from pre-existing conditions like “heart problems,” for which he offered no evidence.

Trump was again pushing his unsubstantiated claim that hospitals are marking deaths as due to COVID-19 even if they were "terminally ill with cancer," ignoring the reality that terminally ill people can live for months or years after diagnosis if they aren't killed by something else. He then claimed that "other countries" don't do the same.

Among this somewhat confusing message, Trump dropped in the idea that U.S. hospitals somehow get money for COVID-19 deaths.

"If somebody's terminally ill with cancer and they have COVID, we report them, and you know, doctors get more money and hospitals get more money, think of this incentive, so some countries do it differently."

Exhausted doctors across the nation used some of their precious energy reserves to jump on Twitter and push back against this assertion, denying the profit motive and reminding Trump that many medical workers are currently working insane hours while risking their lives.