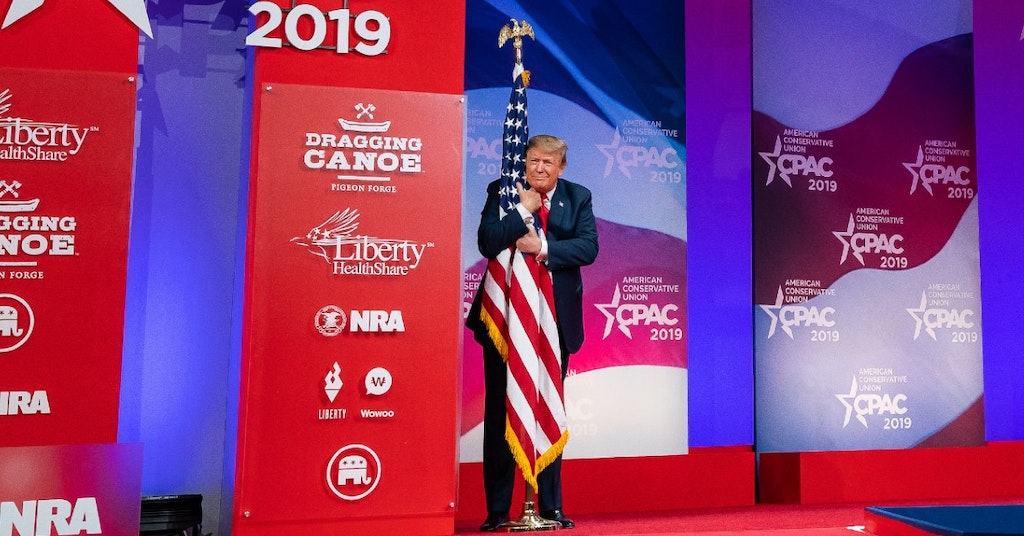 Photo via the White House


If you thought the GOP was done with Donald Trump, think again, because they’ve invited him to this year’s Conservative Political Action Conference (CPAC) as a speaker, and according to his aides, he only has one topic in mind.

Axios reports that one Trump adviser has characterized the upcoming speech as a “show of force” meant to send a specific message: “I may not have Twitter or the Oval Office, but I’m still in charge.”

“Trump effectively is the Republican Party,” said Jason Miller said to reporter Mike Allen. “The only chasm is between Beltway insiders and grassroots Republicans around the country. When you attack President Trump, you’re attacking the Republican grassroots.”

It also sounds like Trump will be doing everything he can to turn the Republican party into what he says it is, as he reportedly plans to support candidates launching primary challenges against those who turned against him in his final months.

According to Allen, Trump and his organization will “shower money and endorsements on the Trumpiest candidates” leading up to the 2022 midterm elections.

The fact that Trump was invited to CPAC shows that he still maintains a good amount of influence within the GOP. This is compounded by the fact that the vast majority of Republican senators voted to acquit him in his second impeachment trial and have censured those who voted to convict or voted to impeach in the House.

As Democrats argued during the trial, the lack of accountability facing Trump seems to have encouraged him to maintain his influence over the GOP and continue his plans to run for president again in 2024. This recent invitation to CPAC has exacerbated these concerns.

It does appear that Mike Pence, whom Trump supporters targeted on January 6 for a possible hanging, has declined the offer to speak at CPAC 2021.