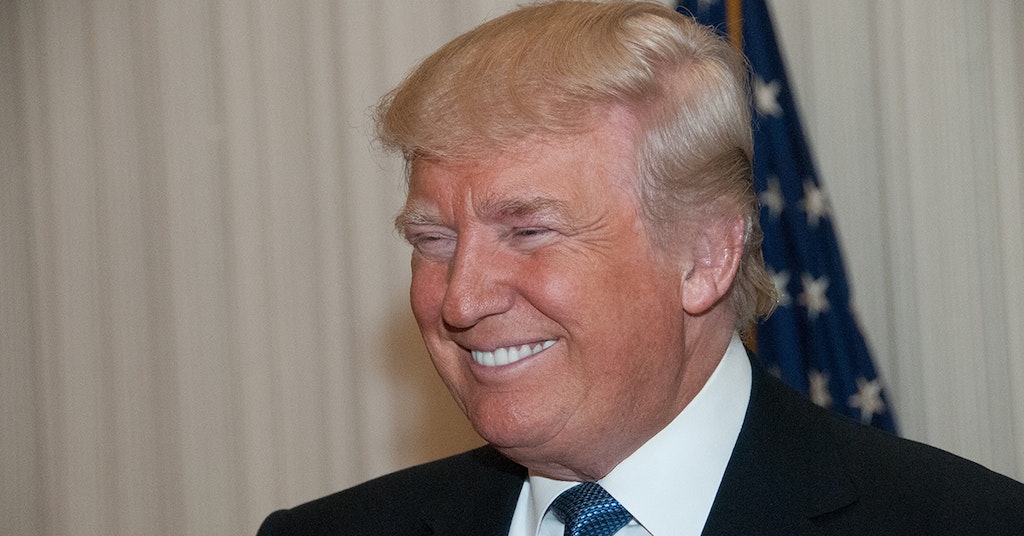 
Now that he’s no longer president, employees at the Trump Hotel are starting to leak some of the weirder aspects of serving the current Florida resident and his freaky family and friends. In a report by the Washingtonian, they lay out his odd dining routines and various other quirks they had to humor in order to keep the commander-in-chief happy.

Woe was them if they got anything wrong, as the Trump kids would send plates back for containing garnishes and Donald Trump himself was known to complain about things like getting a smaller steak than someone else at the table.

The report is also a reminder of the fact that Trump is a pretty serious germaphobe, requiring his servers to "discreetly present" a miniature bottle of hand sanitizer as soon as he was seated. He also required an entire seven-step procedure for the pouring and serving of his Diet Cokes, which had to be done in front of him.

"The beverage had to be opened in front of the germophobe commander in chief, 'never beforehand,'" Jessica Sidman writes. "The server was to hold a longneck-bottle opener by the lower third of the handle in one hand and the Diet Coke, also by the lower third, in the other. Once poured, the drink had to be placed at the President’s right-hand side."

Trump reportedly always ordered the same thing for dinner, which included a well-done steak with fries. The ketchup for his fries had to be opened in front of him as well, and he needed to hear it open.

"The manual instructed the server to open mini glass bottles of Heinz ketchup in front of Trump, taking care to ensure he could hear the seal make the 'pop' sound."

In addition to the very specific dinner routine, Trump required a tray of snack food be available to him during each dining experience that would make any 10-year-old jealous.

According to the hotel's former manager, the "biggest pain in my butt" was actually Trump lawyer Rudy Giuliani, who tended to use the restaurant like his own personal office. He would do "more paperwork there than eating" and sometimes be there all day long, according to the head chef.

"He was constantly in the restaurant," said the manager. "And I complained about it. The guy would come in, expect a table for ten at a moment’s notice at, like, 2 pm, when we’re not fully functioning. We don’t have the staff."

There are plenty of other details about Trump's most frequent guests in the report, for whom the restaurant had to keep copious notes on their preferences and be sure to keep favorites in stock, even if they weren't on the menu. Though the pay was good, employees endured high-stress conditions, knowing they could be fired for minor mistakes.

"I watched somebody get walked out for using bad language," said one former chef. "We had to be on our best behavior every second that we were out there because somebody was waiting to notice that we made a mistake and it was going to be in the news."