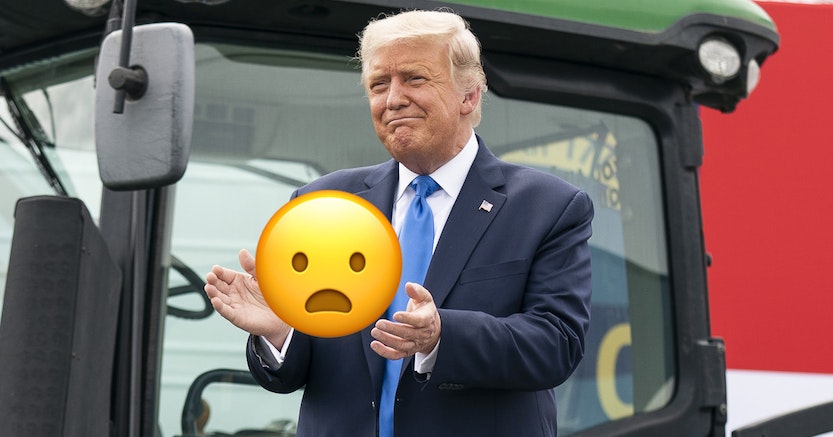 The American people were first subjected to this new atrocity on Wednesday, as Trump used both a winky face and a frowning face to describe what he says would be the difference between the Dow Jones with him as president (winking) vs Biden as president (frowning).

Despite how often he tweets, the president doesn’t seem to have utilized emojis before now. Or if he ever did, it certainly wasn’t enough for anyone to notice — and considering how Trump tweets, it seems likely we all would have noticed.

And as it’s becoming deeply tiresome to contend with Trump’s continued insistence on focusing only on things that effect his rich buddies rather than the millions and millions who are unemployed and the millions more who have suffered or are currently still struggling with COVID-19, many instead pivoted to the more palatable concern over his unexpected use of emojis.

Republicans, per usual, jumped at a new opportunity to lick Trump’s boots.

But really, it’s just exhausting in a whole new way.

And this moment truly feels like a harbinger of what is to come. In some cases, what is already here.