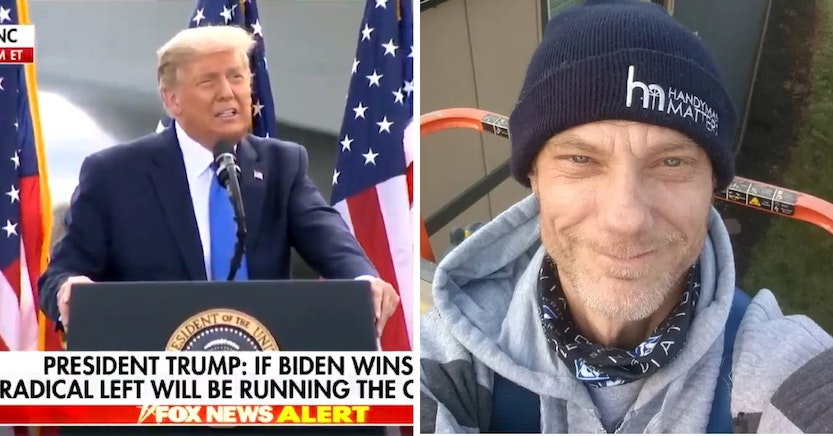 Donald Trump seemed to admit that the U.S. Marshals’ killing of the anti-fascist activist Michael Reinoehl was, as some suspected, an assassination and that they never intended to arrest him because they wanted him dead. During yet another campaign rally, this time in North Carolina, he spoke on the moment that the Marshals found Reinoehl coming out of an apartment and straight-up said “they didn’t want to arrest him.”

Reinoehl fled Portland, Oregon after shooting and killing a far-right Trump supporter during a chaotic night after a caravan of Trump supporters arrived in the city and began spraying mace at people from their vehicles. The anti-fascist, who was well known in activist circles in Portland, claimed self-defense to Vice before his death, but feared for his life in the event he was found by police or federal agents.

Apparently, he was right to be afraid.

According to interviews conducted with witnesses by The New York Times, Reinoehl was given no time to surrender after multiple unmarked SUVs sped up to his car as he was leaving an apartment.

“On Sept. 3, about 120 miles north of Portland, Mr. Reinoehl was getting into his Volkswagen station wagon when a pair of unmarked sport utility vehicles roared through the quiet streets, screeching to a halt just in front of his bumper,” the Times reports. “Members of a U.S. Marshals task force jumped out and unleashed a hail of bullets that shattered windows, whizzed past bystanders and left Mr. Reinoehl dead in the street.”

Attorney General William Barr claimed after his killing that Reinoehl “produced a firearm” and tried to escape, which may be where the mystery 15 minutes Trump was talking about came from. However, witness statements do not mention seeing the activist with a gun when the Marshals appeared, and all but one said they didn’t even hear the agents announce themselves or issue a warning before firing. A gun was found on Reinoehl’s person after he died, but it was tucked away in his pocket.

“Five eyewitnesses said in interviews that the gunfire began the instant the vehicles arrived. None of them saw Mr. Reinoehl holding a weapon.”

People were quick to compare Reinoehl’s treatment by law enforcement to that of Kyle Rittenhouse, who traveled to another city with a gun he wasn’t allowed to possess by law and shot three people, killing two. He was ignored by police even while seeming to try to surrender to them, and was allowed to later turn himself in peacefully before law enforcement could be bothered to go arrest him.

For those who suspected all along that Reinoehl’s death was a political assassination, Trump’s words on the matter have erased all doubt.