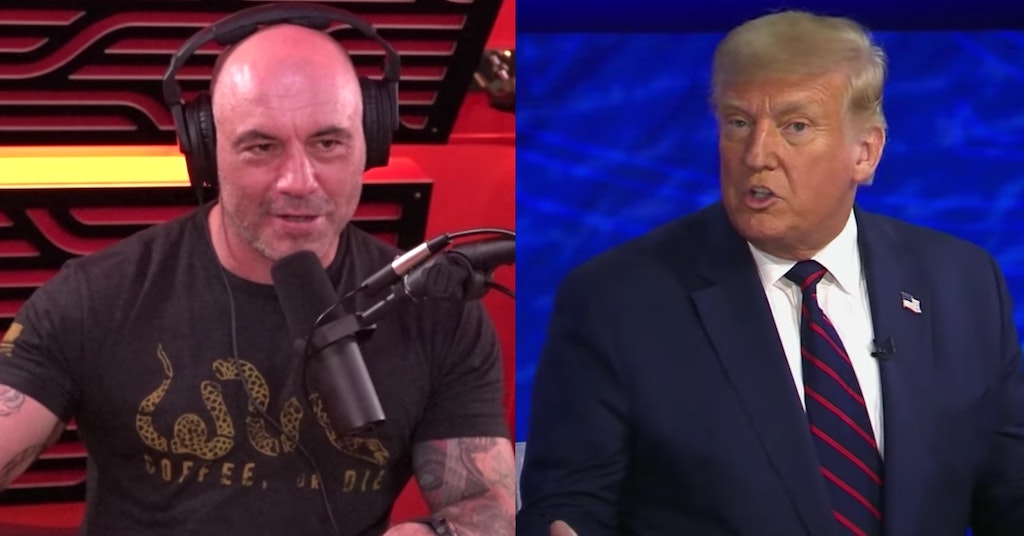 
Donald Trump is expressing his enthusiasm for the idea of debating Joe Biden on Joe Rogan’s podcast. And despite what it may sound like, no, that was not a sentence strung together with mad libs.

Former UFC fighter Tim Kennedy tweeted over the weekend that Rogan had offered to moderate such a debate when they did a podcast together.

“It would be four hours with no live audience,” Kennedy wrote. “Just the two candidates, cameras, and their vision of how to move this country forward. Who wants this?”

The answer, apparently, is Trump himself.

The responses have been pretty obviously split: Democrats don’t seem to have much interest in seeing four hours of nonsense moderated by a shock jock who has already said he’s most likely voting for Trump, whereas Trump fanatics seem to be jumping at the opportunity to have a moderator that’s as much of a fan of misogyny as the president.

Biden and Trump are already slated to debate each other in three official debates that are hosted by people working at Fox News, C-SPAN, and NBC — in other words, people who are actually well-informed about politics both in general and in terms of the specific candidates, their histories, and their plans.

But should Rogan somehow get his way, Stephen Colbert has also offered to moderate a debate between the candidates.

“I’m talking one stage, one podium, on wheels, zips back and forth, two competitors, two shields, one man has a sword, the other one has a net and a trident, one hungry lion, in a colosseum, each man will get 30 minutes to make one meal from the ingredients found in our mystery basket!” Colbert said.

Sounds about as useful as Rogan moderating a debate, so, bring it on.