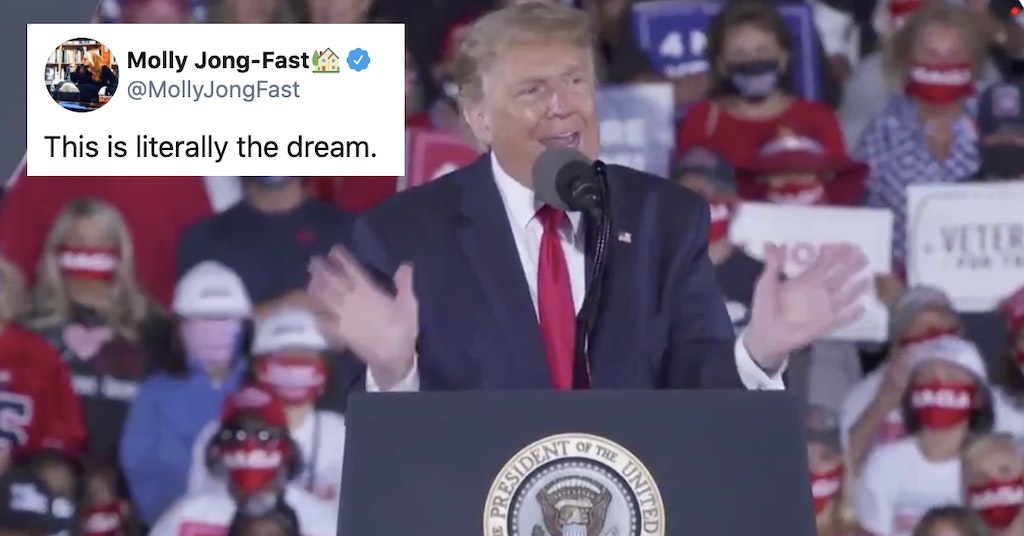 Trump Says He Might Leave The Country If He Loses Election

Despite COVID-19 cases creeping steadily toward a third peak, President Trump held another ill-advised rally in Macon, Georgia last night. He went on his usual tear against the media, the democrats, etc. but there was at least one new addition to his rant.

While criticizing Joe Biden as the “worst candidate” in history, Donald Trump suggested he might leave the country if he lost the election.

“Can you imagine if I lose, my whole life, what am I going to do? I am going to say I lost to the worst candidate in the history of politics?

“I am not going to feel so good, maybe I will have to leave the country, I don’t know.”

Several people seem to think he might head to Russia:

But not everyone’s thrilled, some want to see a little justice: