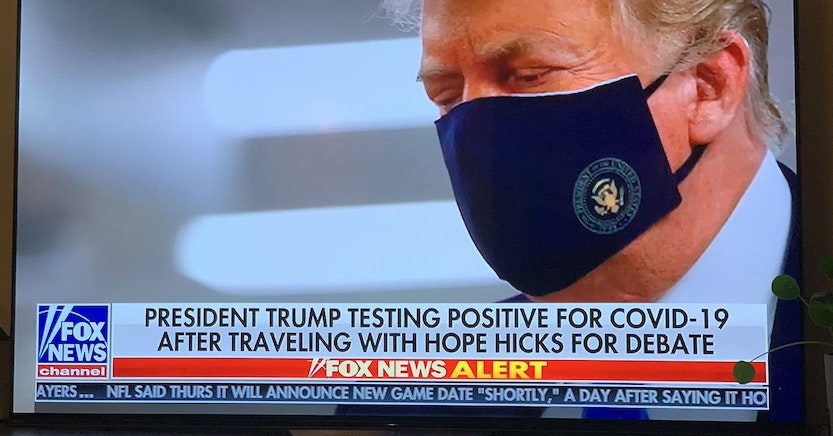 After half a year of ignoring then downplaying the virus, while ridiculing people who took proper precautions, Donald Trump has contracted coronavirus. The only surprising thing about that is that it took so long. Trump rarely wore a mask and often attacked other people for wearing them, even his opponent Joe Biden at the debate earlier this week.

Now that he has the coronavirus, the attitude around wearing a mask as a public health measure has rapidly changed, at least for the media that usually kisses Trump’s butt. Fox News has been reporting on the president’s illness just like everyone else. However, people have noticed that they’re also illustrating the news story with rare footage of him wearing a mask.

Some people feel that Fox News is trying to give the illusion that Trump was observing proper health protocols, or to even imply that wearing a mask ultimately doesn’t work to slow the spread of COVID-19. After all, if Trump’s wearing a mask all the time, how could he have gotten coronavirus?

But it looks like a number of people who all attended a Rose Garden event last week for Amy Coney Barrett, Trump’s Supreme Court nominee, have all gotten the virus. And they certainly weren’t wearing masks or social distancing:

We’ll see if Fox News reports using any of these pictures.