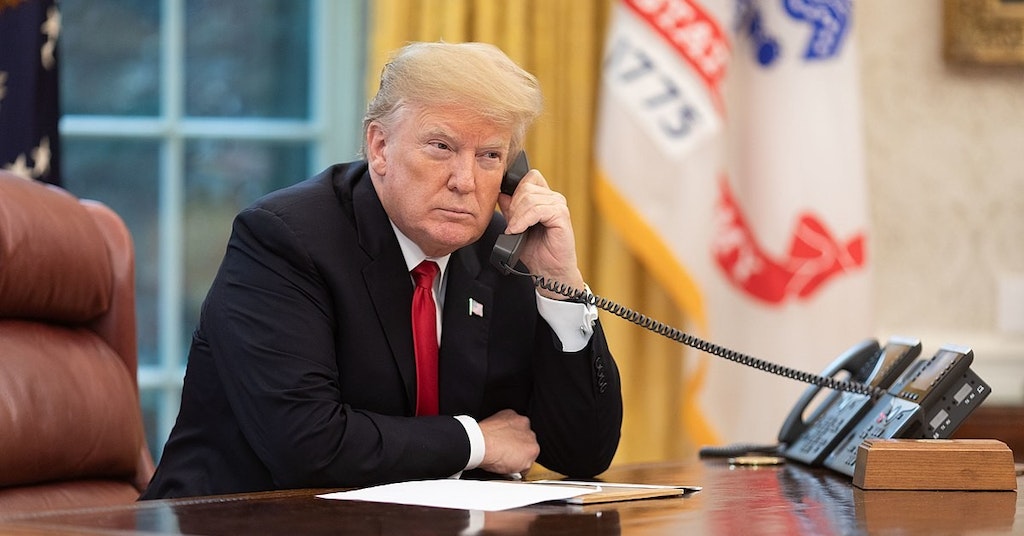 
A host of political experts and pundits are sounding the alarm over Donald Trump inviting two top Republican lawmakers from Michigan to the White House, fearing that this may be a prelude to an attempted coup. According to The New York Times, Michigan Senate majority leader Mike Shirkey and Speaker of the House Lee Chatfield are en route to D.C. with the intention of meeting with Trump on Friday.

"The White House invitation to Republican lawmakers in a battleground state is the latest — and the most brazen — salvo in a scattershot campaign-after-the-campaign waged by Mr. Trump and his allies to cast doubt on President-elect Joseph R. Biden Jr.’s decisive victory," the Times reports.

Michigan has been central to the Trump campaign's attempts to overturn the election results, with the Republican members of the Wayne County canvassing board initially refusing to vote to certify the results before relenting. Both have now expressed their desire to rescind their eventual vote, but thankfully there is no legal mechanism for them to do so. The results will now move on to the state canvassing board for certification.

With Trump's lawsuits being tossed out of courtrooms one by one, some fear that he is looking for another, more radical avenue to make himself the winner of the 2020 election. It is theoretically possible for the current president to convince state GOP powers to act against the will of people and cause neither candidate to reach the necessary 270 votes to win.

If that happens, the 12th Amendment could be invoked, which essentially gives each state a single vote for president. Due to the fact that more states are controlled by Republicans than by Democrats, this could end in a second Trump term.

It would be a radical move that could easily throw the entire U.S. democratic system into chaos and undermine all future elections, but Trump has proven himself to be above nothing that could grab him more power. This knowledge has led many left-wing politicians and experts to use terms like "coup," "sedition," and "criminal conspiracy in plain sight."

Shirkey previously claimed that throwing out the results in Michigan, where Joe Biden in 157,000 votes ahead, is "not going to happen." Either way, the very fact that he and Chatfield were invited to the White House and have reportedly accepted has been enough to provoke alarm in people like New York University constitutional law professor Richard H. Pildes.

“To bring the weight of the White House and the presidency onto an individual county canvassing board commissioner about what to do with certification is an incredible assault on the democratic process,” Pildes said according to The Washington Post. “No question about that.”