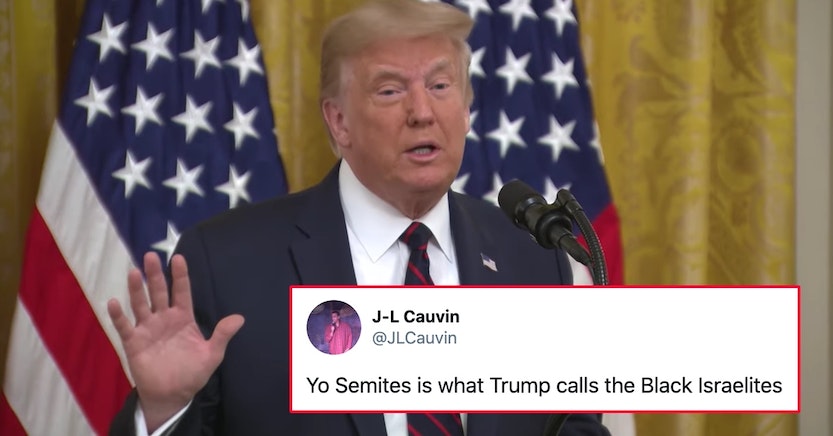 The more President Trump speaks, the more apparent it becomes that he is a far cry from the educated, well-spoken men who have led the United States through the years. Sometimes that reality comes through in bumbling interviews, but other times it’s a lot simpler, such as in a recent speech when he repeatedly mispronounced the “Yosemite” in Yosemite National Park.

Trump spoke at the White House on Tuesday to commemorate the signing of the Great American Outdoors Act, a bill slated to repair national parks and channel money into the Land and Water Conservation Fund.

But his mispronunciation of one of the most famous and well-known parks in America pulled focus, because of course Trump managed to mess this up somehow.

“When young Americans experience the breathtaking beauty of the Grand Canyon, when their eyes widen in amazement as Old Faithful bursts into the sky, when they gaze upon yo-Semites…yo-Semites…towering sequoias, their love of country grows stronger, and they know that every American has truly a duty to preserve this wondrous inheritance,” he said.

While making fun of people who mispronounce a word often isn’t the greatest look, it seems appropriate to make an exception for an incompetent leader who really should be more familiar with the name of one of the most well-known parks in the country.

And “Yosemite” isn’t the only stumble he made in the speech.

Then again, it always could have been worse.

Trump’s stumbling over words he should easily be familiar with is of particular note considering his team’s continued harping on any time “Sleepy Joe” Biden makes a perceived slip while mock speaking publicly. So really, it’s only right that the public continue to hold the same stumbles against Trump.

After all, you’d think someone who nailed a “very hard” cognitive test would be able to handle something as simple as…reading.