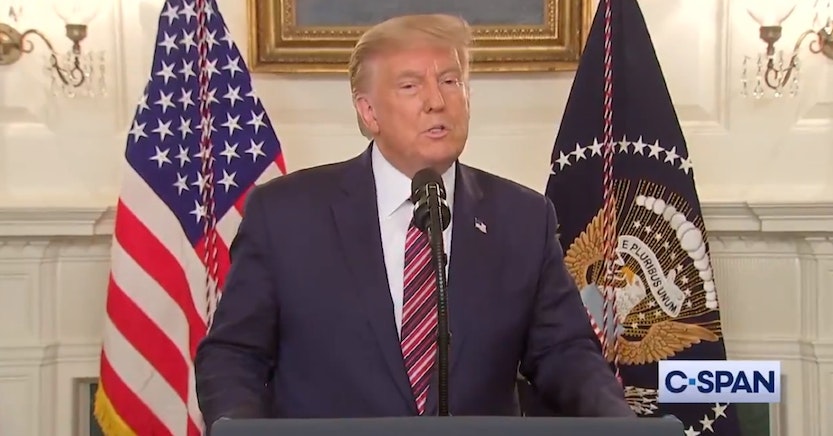 Following the release of some devastating audio clips from interviews with Bob Woodward, Donald Trump is leaning into his excuse for why he lied to the public about the coronavirus—claiming that he didn’t want to “create panic.” During a press conference that took place hours after the clips were released, he went so far as to admit that he misled everyone and tried to spin it as a good thing.

There are currently even more people than have died of COVID-19 pointing out that by failing to act on the information he was given, Trump doomed the country to an uncontrollable pandemic that is speeding toward 200,000 U.S. deaths. It also seemed to cause the vast majority of his fans to claim that the virus was not a threat, refuse to wear masks, and put on superspreader events that keep making the pandemic worse.

Others are not buying the panic excuse at all, recalling the time when Trump kicked up panic over what he called a “migrant caravan” and treating it like an invading army. Or claiming the notoriously secure mail-in voting system would lead to widespread fraud, which he is still doing.

The situation has led to a lot of rather bitter jokes, and these are 25 of our favorites: