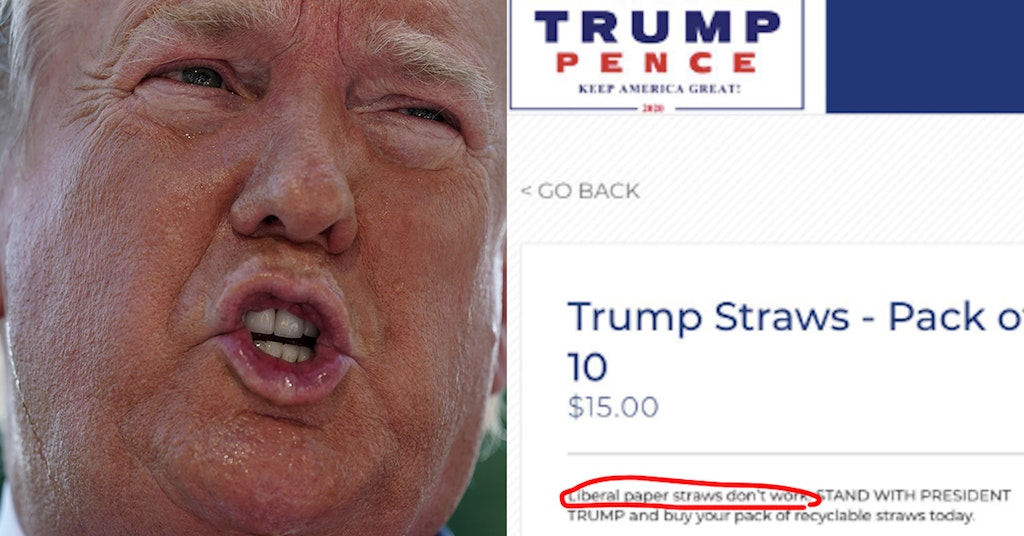 Plastic straw use is pretty divisive. Any single use plastic item poses a serous threat to our eco-system, especially because humans rarely see the outcome of all their casual plastic bags, plastic ties, and plastic bottles, because they throw them away and never see them again. Some fo those things are recycled, but a large number of them end up somewhere pretty dangerous—the ocean.

A rising awareness of how single use plastics are poisoning the ocean and the creatures who live there has lead to a plastic straw ban in some states and a rise in the use of paper straws. If you’d used a paper straw, you probably know they’re meant for a quick sip. They often turn soggy after awhile, which is a bit annoying. I’d say they still get the job done, however, and if it saves a sea turtle somewhere, I’m cool with it.

Conservatives are not. In fact, conservatives take any attempt to better the planet or to acknowledge climate change is real as a personal attack. The Trump administration knows this, so they’re making a quick buck off of it. Journalist Yashar Ali pointed out that Trump is actually selling plastic straws engraved with his name:

I thought it was a joke, but it’s true…the Trump campaign is selling plastic straws.

Ali points out that the ad copy for the straws read, “Liberal paper straws don’t work.” Paper straws have their own political party now. Are they eligible to vote?

They’re also 15 dollars for a pack of 10, so no one buying them is the brightest penny in the fountain. People are finding this weird new item hilarious.

I mean, I don't have a problem with this. I'm really not sure how it's owning the libs.

Im throwing them out after one use to own the libs.

But some people think this is a money laundering scheme, which makes sense:

Probably selling to donors, plausibly for events and parties. Get around those donor limits. The only thing he mastered as president is how to grift it.

Will the Koch brothers be buying two million recyclable straws for 2020? And then chucking them right in the ocean? Someone keep an eye on one of their 30 yachts.